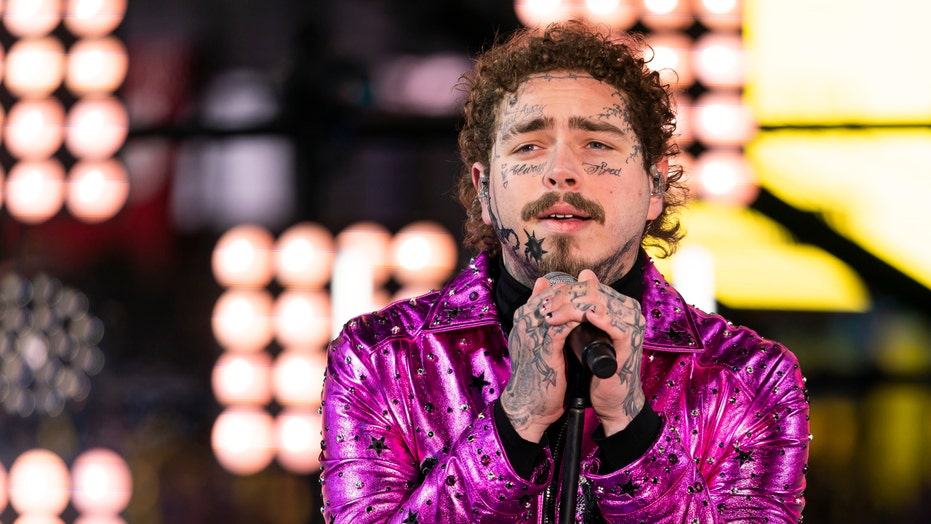 His 2019 album “Hollywood’s Bleeding” – which featured the hits “Circles,” “Wow” and “Goodbyes” – is up for top Billboard 200 album while “Sunflower,” his collaboration with Swae Lee from the Oscar-winning animation “Spider-Man: Into the Spider-Verse,” is nominated for top rap song, top collaboration and top streaming song.

Lil Nas X follows Malone with 13 nominations, while Billie Eilish and Khalid each scored 12 nods. Malone, Eilish and Khalid will compete for the show's biggest award, top artist, along with Taylor Swift and Jonas Brothers.

The 2020 Billboard Music Awards will broadcast live from The Dolby Theatre in Los Angeles on Oct. 14, though dick clark or NBC didn’t offer specifics on how the show would be handled during the pandemic. The 2020 awards show was originally supposed to take place in April but was postponed because of the coronavirus.

It’s the reason why some of the nominees in the 55 categories may feel dated. This year’s Billboard Awards reflect the chart period of March 23, 2019, through March 14, 2020, and, for instance, all five nominees for the main song award, top Hot 100 song, were nominated for Grammys earlier this year in January. Eilish’s “When We All Fall Asleep, Where Do We Go?” – which won the Grammy for album of the year – is up against Malone’s record for top Billboard 200 album, where other nominees include Ariana Grande's “Thank U, Next,” released in October 2018, and Swift’s “Lover,” not her recent release “Folklore.”

Some of the nominees were even big contenders at the 2019 MTV Video Music Awards – held more than year ago – including Lil Nas X’s record-breaking hit “Old Town Road” and Lizzo’s anthemic “Truth Hurts.”

Lizzo, who earned 11 nominations, is a first-time Billboard nominee like Eilish and Lil Nas X. Kanye West, who released two gospel albums this year that conquered the Billboard gospel charts, is up for nine prizes, including bids for top gospel artist and top Christian artist. Four of the five songs nominated for top gospel song are from West.

Rapper Juice WRLD, who died in December and is currently dominating the charts and streaming services with his first posthumous album “Legends Never Die,” picked up nominations for top rap artist and top rap album for his 2019 release “Death Race for Love.”

And Whitney Houston, who died in 2012, picked up a nomination for top dance/electronic song for “Higher Love,” her platinum collaboration with Norwegian DJ-producer Kygo. Houston originally released a cover of Steve Winwood’s “Higher Love” as a Japan-only bonus track on her 1990 album “I’m Your Baby Tonight,” but Kygo’s dance remix of the song became an international hit after it was released last year.