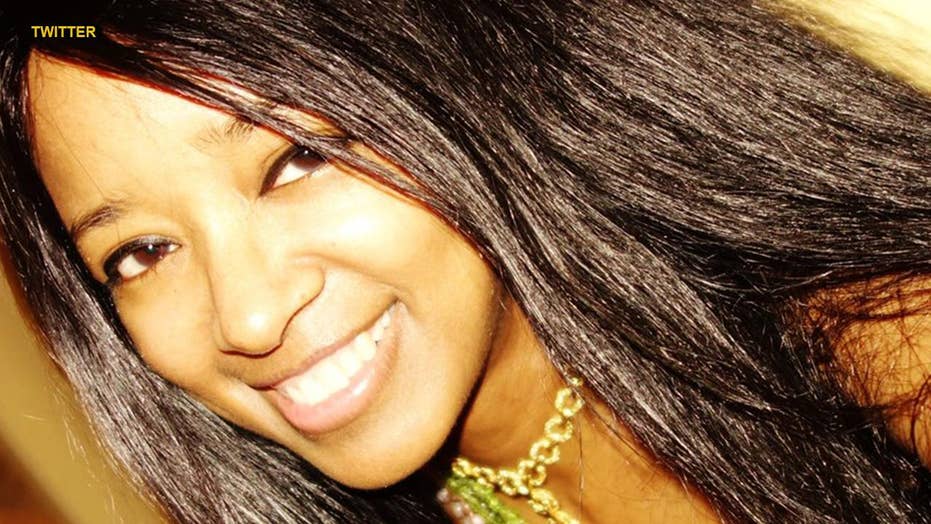 Before she plunged from a New York City hotel on Friday with her 7-year-old son, former Playboy centerfold Stephanie Adams endured years mired in lawsuits, failed relationships and an ugly custody dispute.

Sources told the The New York Post the 46-year-old was in the middle of a fierce court battle with her estranged husband Charles Nicolai, the owner of Wall Street Chiropractic & Wellness.

Adams filed for divorce from Nicolai in 2017 and was seeking child support from him. At the time of her death, Adams reportedly owed money to her lawyers for her ongoing custody battle.

The relationship between the former couple was allegedly so toxic Adams was required to meet at the NYPD’s 1st Precinct for handovers of their son, Vincent.

“It ensures no violence takes place,” claimed a friend.

The New York Post's Richard Johnson revealed on Friday that Adams was distraught because she couldn't take her son to Europe for the summer.

Stephanie Adams was said to be in the middle of a nasty custody battle when she committed suicide. (Twitter)

Adams and Nicolai were in Manhattan Supreme Court Wednesday morning when the model asked the judge for permission to take Vincent to Spain. Her boyfriend, who reportedly lives in Spain, also owns a home in London.

Nicolai fought against the getaway and ultimately a judge sided with the father. Adams was then ordered to turn over Vincent's passport, the Post reported.

"All I want to do is take my son and get away from this nightmare for a few days," Adams told Johnson on Thursday. "But they won't let me."

In 2013, the couple was sued by Dilek Edwards, a former massage therapist at Nicolai's practice who claimed she was fired after her boss admitted Adams would get jealous because Edwards was “too cute.”

Edwards told the Post she would receive “frantic” text messages from Adams that read, “You are NOT welcome any longer at Wall Street Chiropractic, DO NOT ever step foot in there again, and stay the F--- away from my husband and family!!!!!! And remember I warned you.”

The 32-year-old claimed her relationship with Nicolai was “purely professional” and she had no clue what sparked Adams’ “absurd suspicions.” However, Edwards claimed Nicolai said their sessions “had to be a secret” because “if his wife hears about it, she can create some scenarios.”

At the time, Adams denied the allegations.

Stephanie Adams received $1.2 million after claiming she was manhandled by the NYPD, resulting in injuries. (Twitter)

“No disrespect to anyone — but I’m a centerfold,” she said.

And just a year before, Adams received $1.2 million after she successfully sued the NYPD.

The model claimed in court that in 2006 she was manhandled by police, which resulted in injuries.

The New York Daily News reported Adams said police threw her to the ground at gunpoint after a confrontation with taxi driver Erik Darko, who falsely claimed she “flashed vampire teeth” and was going to shoot him. Consequently, Adams argued with the driver after he refused to carry her clothing into her apartment.

Sergeant John Rajan testified in court, “We didn’t know if she had a firearm.” However, he admitted she “was wearing tight-fitting clothing, and there was no place to conceal a weapon.”

The pinup, who claimed to be a direct descendant of U.S. presidents John Adams and John Quincy Adams, revealed on her website she was raised by her aunts, two former models.

By age 16, Adams said she was convinced to also pursue the fashion world.

Stephanie Adams wrote on her site she was raised by former models. (Twitter)

Adams, who claimed she was first signed to Wilhelmina Models and then Elite, had her photos submitted to Playboy by a photographer with her permission "for fun."

She accepted an offer to appear at the Playboy Mansion, noting it’s “every bad girl’s dream and every good girl’s fantasy.” She then chose to pose for the magazine and was featured as “Miss November 1992.”

A rep for the men’s lifestyle magazine told Fox News they were not going to comment.

When Adams appeared in Playboy, she declared herself the first openly lesbian Playmate. However, her site noted she allegedly dated Elite’s founder John Casablancas, Calvin Klein supermodel Ted Stephenson and “other prominent New York City men, including famous ones, such as Robert De Niro.”

She also claimed to have “married an Italian investment banker, whom she subsequently divorced.”

“I joked with my lawyer that I started out single and gay and at the end of the lawsuit, I ended up straight and married,” she told the New York Post in 2012.

She added that her marriage to Nicolai at the time didn’t stop her from supporting gay and lesbian causes.

Stephanie Adams said she quit modeling to pursue her writing business full-time before her death. (Twitter)

“I still identify myself as LGBT,” she said.

The publication added she and Nicolai met on Match.com. In 2009, they were engaged.

“We felt like we were soul mates right from the beginning,” she said.

Adams’ site revealed that after her aunt passed away in 2003, she quit modeling full time and dedicated her time to writing and running GODDESSY, a New Age company that offered astrology and metaphysical books.

In 2014, Adams told Urbasm she was a “wickedly accurate sharp shooter” and allegedly trained with “Special Forces, Secret Service and Navy Seals.”

“I prefer shooting to shopping and — although I might look girly, I am far from it,” she said. “As far as anything else; well, as much as there is written about me, there is so much more to me.

"No one truly knows me but my family and I often surprise them once in a while. Mystery and controversy have always stood guard beside me, seldom allowing folks to get close enough to know more about me and I kind of like that, so let’s stop there.”