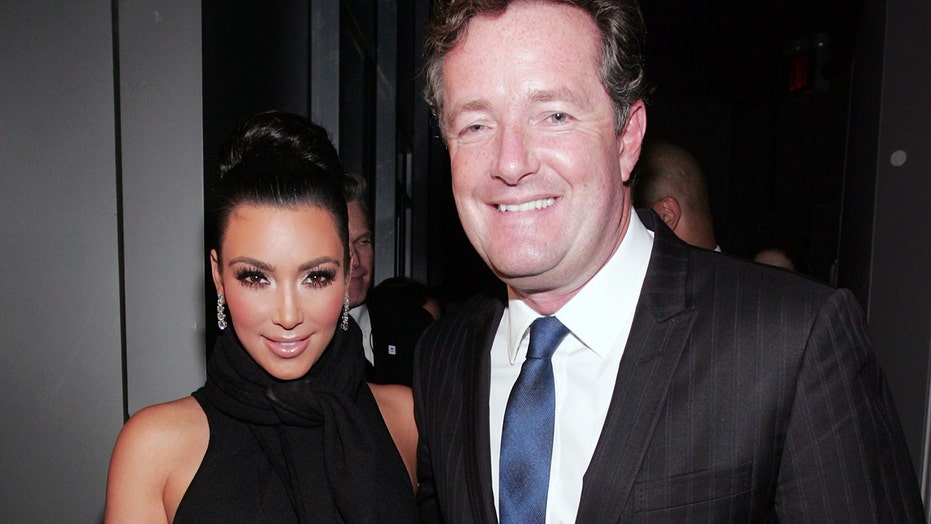 Piers Morgan isn’t holding back his joy that “Keeping Up With The Kardashians” is ending after 14 years.

The British talk show host, 55, reacted to the news that Kim Kardashian shocked the world with on Tuesday by abruptly announcing that her family’s long-running reality show will end in 2021. Morgan, who has rarely been shy about expressing his distaste for the Kardashians’ particular brand of celebrity, called the family “a bunch of very average looking dumbo bimbos.”

“They have taken us to the cleaners. Not a brain cell between them,” Morgan said on “Good Morning Britain” when asked about the show going off the air (via The Daily Mail).

KIM KARDASHIAN AND HER FAMILY ARE 'SHIELDING' HER FOUR KIDS: REPORTS

He echoed those sentiments during an appearance on the U.K.’s “This Morning” in which he was grilled by the hosts about his often sharp words directed at the family in the past.

Piers Morgan spoke candidly about the ending of 'Keeping Up With The Kardashians.' (AP)

“They are a bunch of talentless wastrels who have made billions by conning the world that there is something compelling about them,” he said.

“The few times I accidentally caught it on television, I could literally feel my brain cells starting to erode, I could feel myself getting more stupid,” he continued. “They have done nothing but make the world more stupid and I’m afraid that the end of the Kardashians is a moment for… This is a rare moment in a horrible year when we should come together as a country in a moment of national jubilation.”

The hosts were quick to remark that Morgan has not exactly avoided the Kardashians in the past.

“I used to hang out with them,” he shot back. “Kim Kardashian I got on fine with right until the moment she started doing the topless selfies and flipping the bird with Emily Ratajkowski and claiming it was in the name of feminism and liberation for women, what a load of nonsense. I don’t like the idea of their gazillion followers, young, impressionable girls thinking this is how you get on in life.”

Morgan was referencing a snap from 2016 in which the two women posed topless for a mirror selfie while giving the middle finger to the camera.

“When we’re like… we both have nothing to wear LOL,” Kardashian tweeted at the time.

The snap came weeks after Kim Kardashian shared a nude selfie with a similar caption that sparked a back-and-forth between her and Morgan.

“I know the old man’s $50 million in debt, Kim - but this is absurd. Want me to buy you some clothes?” he mocked at the time.

“I think they’re ridiculous,” he concluded during his segment on “This Morning.” “It is a great moment for the world.”

Kim Kardashian took to Twitter on Tuesday to announce that the show will end after the final season debuts in 2021 and to thank her fans and the people behind the show for their support after all this time.

The wildly popular series, which has run on E! since its inception in 2007 for 20 seasons and hundreds of episodes, is executive produced by Ryan Seacrest and has produced myriad viral moments as well as spurred numerous spinoff series.