Pete Davidson is opening up about how emotional he got in the wake of his broken engagement with Ariana Grande.

According to US Weekly, the comedian got candid during a New Year's Eve show in Boston, Massachusetts, sharing how he cried while sitting at the table with his mom following the October split.

During the show, Davidson also reportedly discussed how the breakup taught him a lot about people and made him "see how ugly people can get, and how cool people can be."

The 25-year-old "Saturday Night Live" star also addressed being named in Grande's latest hit, "Thank U, Next," which the songstress released a month after they called off their engagement.

“Not this wonderful lady,” he joked after talking about how most artists don't name their exes while singing about them in their songs. “This diabolical genius named all of us.”

The public appearance and revelations come less than three weeks after the television star posted a troubling message on Instagram about how he didn't "want to be on this earth anymore."

Following the cry for help, Grande -- who lost her ex-boyfriend Mac Miller to an apparent overdose in September -- was snapped looking somber while heading to NBC Studios, where she reportedly attempted to visit Davidson but was turned away. 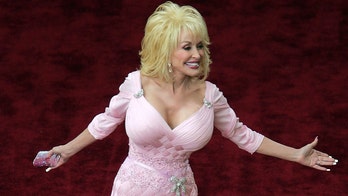