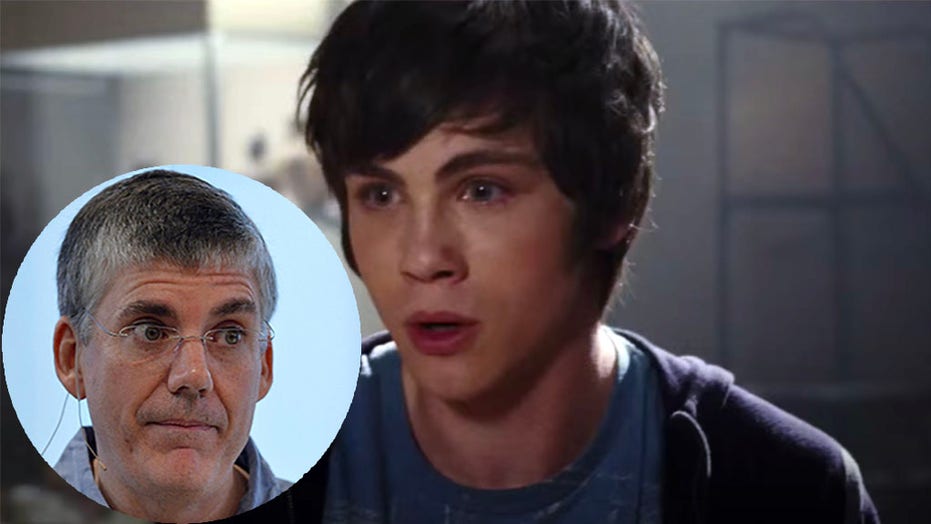 "Percy Jackson" author Rick Riordan doesn't appear to be a fan of the film adaptations for his novels.

The book series follows Percy Jackson, the son of a mortal woman and the Greek god Poseidon, as he embarks on several journeys to stop the gods from going to war.

In 2010, the first book in the series was adapted for the big screen with "Percy Jackson & the Olympians: The Lightning Thief." In 2013, "Percy Jackson: Sea of Monsters" followed.

Fans and critics weren't overly enthused with the films -- neither rising above a 50 percent on Rotten Tomatoes -- and Riordan is among those unhappy with the adaptations.

One fan took to Twitter on Sunday, wondering whether the film had been censored on Disney+, prompting a response from Riordan, 56, on Monday.

"They should censor the entire thing," the author wrote in response. "Just two hours of blank screen."

He went on to explain that while the movies may just serve as entertainment to fans, they mean something more to him.

"Well, to you guys, it's a couple hours entertainment. To me, it's my life's work going through a meat grinder when I pleaded with them not to do it," Riordan said. "So yeah. But it's fine. All fine. We're gonna fix it soon..."

Riordan was seemingly referring to an upcoming Disney+ television series adaptation of his books, which he has stated he will be heavily involved in.

In a third tweet, the author admitted to never having seen the movies but just reading the scripts.

"Finally, I still have not seen the movies, and don't plan on ever doing so. I judge them from having read the scripts, because I care most about the story," said Riordan. "I certainly have nothing against the very talented actors. Not their fault. I'm just sorry they got dragged into that mess."