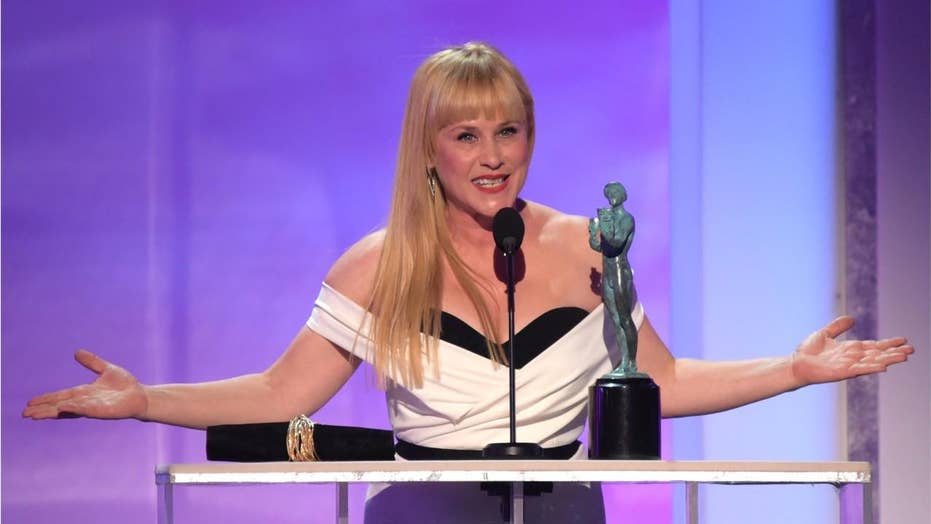 The actress Patricia Arquette thanked Special Counselor Robert Mueller and 'everyone working to make sure that we have sovereignty for the United States of America.'

Patricia Arquette, who recently dropped an f-bomb while accepting best actress at the Golden Globes for “Escape at Dannemora,” dropped a Mueller-bomb during Sunday’s Screen Actor’s Guild Awards.

The actress thanked Special Counselor Robert Mueller and “everyone working to make sure that we have sovereignty for the United States of America.”

She won the SAG Award for Outstanding Performance by a Female Actor in a Television Movie or Limited Series for the TV movie. She also thanked her fellow actors and crew.

Arquette gained more than 40 pounds to play Tilly Mitchell in the Showtime series, and she admitted that it was a refreshing change from trying to conform to often unrealistic and unattainable body standards in Hollywood.

Mueller is looking into whether the Trump campaign coordinated with Russia ahead of the 2016 presidential election and whether the president obstructed the investigation on the matter. Most recently, the investigation led Friday to the arrest of former Trump adviser Roger Stone, who told ABC News’ “This Week” that he has not ruled out a deal with prosecutors.