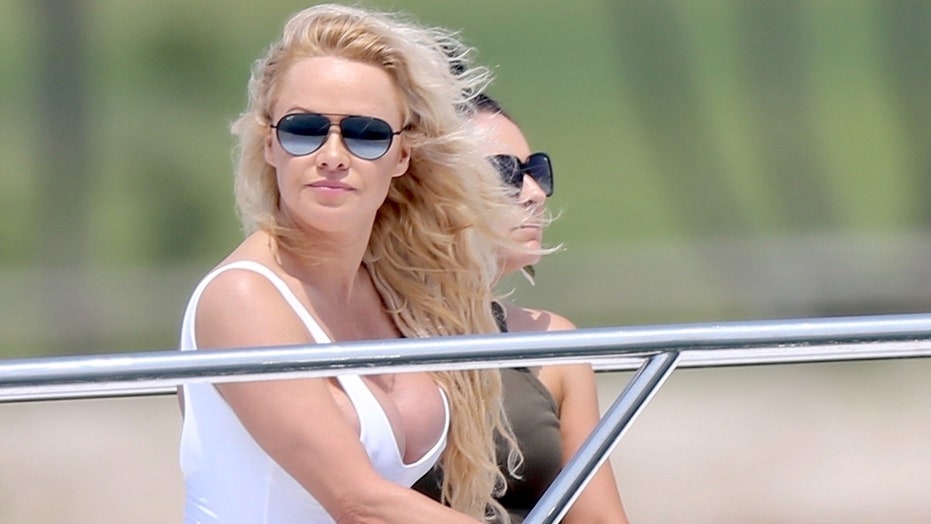 Pamela Anderson on her relationship with Julian Assange

Pamela Anderson is enjoying her Thanksgiving holiday week on a yacht.

The 52-year-old was spotted on a luxury boat in Gold Coast, Australia, where she was busy filming a commercial and posing for a photoshoot.

Anderson stunned in a low-cut white swimsuit which she paired with aviator sunglasses and a glass of wine.

While down under, the former "Baywatch" star penned a heartfelt note about the wildfires affecting the country and urged people to take climate change seriously.

"I arrived on the Gold Coast this week after spending almost a month following news about the devastating fires in Australia," she wrote in an open letter that was published by the People for the Ethical Treatment of Animals.

"I realize that, for some, now is a sensitive time to broach the subject of climate change, but I trust you will agree that having these difficult yet important conversations now might save lives in the future."

"As you've already noted, the science is clear: climate change has played a key role in the severity of this year's bushfires. But acknowledging this is only half the battle. Australia has one of the highest greenhouse-gas emissions per capita of any nation, largely driven by one sector: animal agriculture."

"Just as your government is surely working on emissions-saving energy and transport policies, you could lead by example by implementing a climate-friendly vegan food policy for government functions, along with transitioning the menu at Sometimes Strangers' Restaurant at Parliament House to an all-vegan one."

"The United Nations and leading scientists are calling for the reduction or elimination of animal-derived food consumption as a matter of urgency, and in the largest study of its kind, researchers at the University of Oxford concluded that cutting animal products from our diets is the 'single biggest way' to reduce greenhouse gas emissions and conserve water and land. Australia is burning."

"It's time to listen to scientists and take direct action," she wrote.