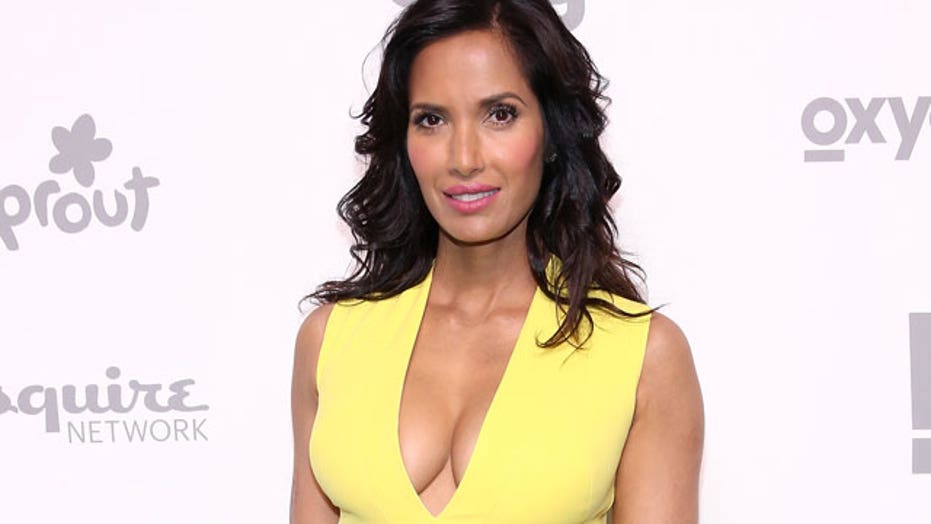 Padma Lakshmi is once again showing the world she still doesn’t care about body shamers.

The author and television star struck a power pose on Sunday while in quarantine isolation, only this time she’s “fully supported” in her “crime-fighting” duties.

“Caption this 😎 Miami Vice 2020: Fighting crime while fully supported™️ Lewk by Adele 👵🏽💅🏽 #suitedup #swish,” Lakshmi, 49, captioned an image of herself donning a black bra paired with a black and neon green windbreaker tracksuit.

Lakshmi was criticized earlier this month for her clothing choices in the kitchen.

“Lasagna with White Ragu,” Lakshmi captioned an April 13 video. “(I got some comments last time that it was immoral for me to not wear a bra in my own kitchen during the quarantine. So those people should be happy to note that I'm wearing two today).”

“But seriously, let's not police women's bodies in 2020 ok?” the television host quipped in response to the backlash she received just two days prior where she opted for a simple gray tank top sans bra.

PADMA LAKSHMI RESPONDS TO MAGAZINE THAT MISTOOK HER FOR PRIYANKA CHOPRA: ‘I KNOW TO SOME WE ALL LOOK ALIKE’

“Is no one going to comment on why she feels the need to put her nipples on social media in every video? No? Just sad,” one fan criticized the star.

Lakshmi, however, was quick to defend her outfit.

“No because everyone is an adult here, Natalie,” Lakshmi replied. “And if I don't want to wear a bra in my kitchen sometimes during this everlasting quarantine that shouldn't be any of your concern.”