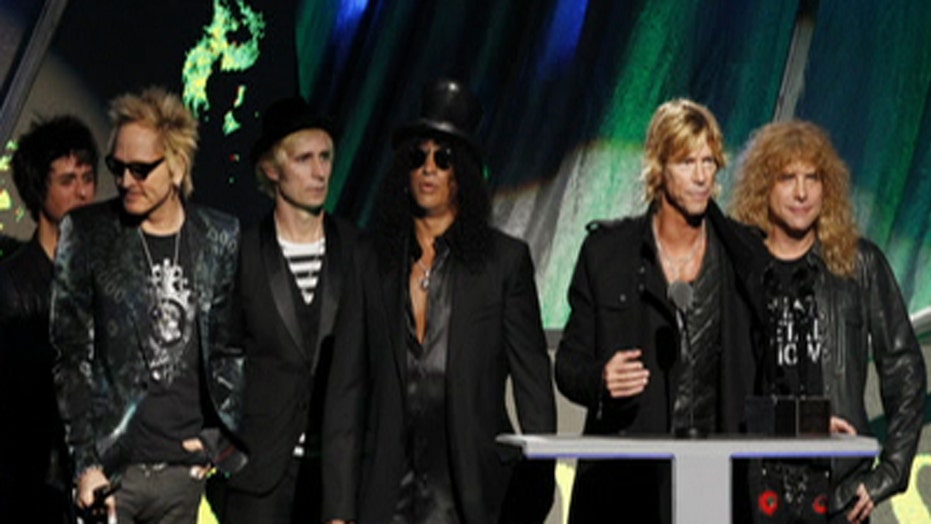 Welcome back to the jungle.

Billboard also reports that the band will headline a stadium tour.

Who will play rhythm guitar and drum for the band remains unclear.

The reunion would mark an about face for the band. When asked by FOX411 in 2012 if he and Axl would ever get onstage together, Slash said: "I don’t know why everyone is so obsessed – it is not going to happen."

But earlier this year, after more than a decade of not speaking to Rose, and rarely even speaking about him, Slash told Aftonbladet TV that the lines of communication had recently reopened.

“It was probably way overdue, you know,” Slash said. “But it’s…you know, it’s very cool at this point. You know, let some of that, sort of, negative … dispel some of that negative stuff that was going on for so long.”

Reunion rumors were also sparked earlier this week when the music video for the band's hit "Welcome to the Jungle" played ahead of some screenings of the new "Star Wars" movie.

Guns 'N Roses put out five albums with its original lineup, and one with a new lineup fronted by Axl Rose.