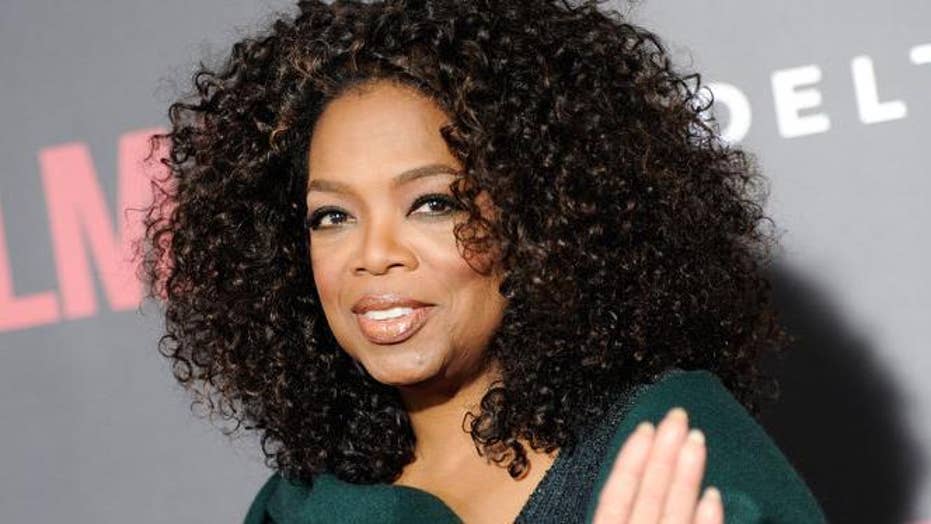 Oprah claims Trump is eroding global respect for US

After the stock of WW (formerly Weight Watchers) nosedived in after-hours trading, the wellness company’s single biggest individual investor was down anywhere from $39 million to nearly $48 million, according to reports.

The stock, which was priced around $103 per share last June, sank to about $22 per share late Tuesday, reports said.

CAN OPRAH REBOOT WEIGHT WATCHERS? CEO GROSSMAN IS BANKING ON IT

The drop followed WW Chief Executive Mindy Grossman’s disclosure to analysts that WW would have fewer members in 2019 than in 2018, the New York Post reported.

Grossman blamed the company’s winter advertising efforts, saying they “did not drive consumers in the way we had hoped.”

“Our marketing … needed to be more weight-loss focused, especially in the January season,” Grossman said.

KATE HUDSON UNDER FIRE FOR PARTNERING WITH WEIGHT WATCHERS

Winfrey, who famously shared stories of her personal struggles with weight during her days as an afternoon talk-show host from 1986 to 2011, owns more than 5 million shares in WW, according to CNBC, which cited a January filing with the Securities and Exchange Commission.

That translates to more than 8 percent of the company, Bloomberg reported.

Grossman said Tuesday that Winfrey herself will be featured in WW’s future advertising.

“Looking ahead, I’m happy to say that Oprah Winfrey will play a central role in our upcoming TV and digital marketing campaign for spring, bringing to life a clear message on how WW is the program that works,” Grossman said in a statement. “Together with Oprah, we are also working on an initiative to galvanize and bring together communities through a series of digital and live experiences and events to accelerate WW’s impact and allow us to reach new and diverse audiences.”

Winfrey’s WW investment represents only a fraction of her fortune, which Forbes has estimated to be $2.5 billion and the Bloomberg Billionaires Index has pegged at $3.4 billion.