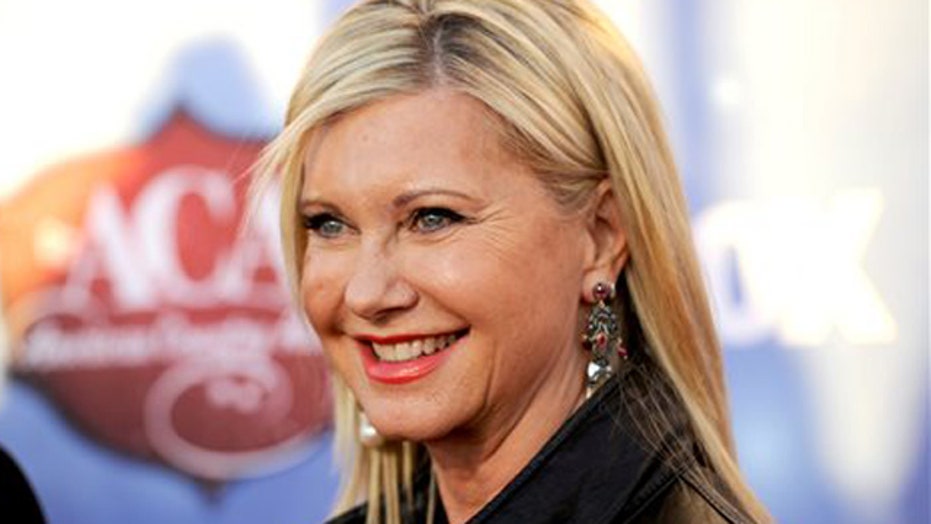 Olivia Newton-John didn't know just how big a response her 1981 hit “Physical” would get.

The song remains at the top of Billboard’s 50 Sexiest Songs of All Time.

“I never really thought of it as sexy,” Newton-John revealed to Fox News. “So I thought that title was funny. I mean, I was having a panic attack when it came out because I thought, ‘Oh, I’ve gone too far! We just need to do a video about exercise.’ And that made it even bigger! But I’m very thankful to have that song in my life.”

These days, Newton-John new music has taken on a more serious, personal tone.

When the singer's older sister Rona died after a battle with brain cancer in 2013, she initially didn’t have any intention to record an album about her grief — at least not yet.

“I wrote a song for her and sent it to her friends,” explained the 68-year-old British-Australian singer/songwriter. “And they were asking me, ‘Do you have any other music like that?’

"I was talking to [singer-songwriter] Amy [Sky] about the fact that there isn’t music for people who are going through a loss," she added." No one has really tackled that as a project. I immediately thought of Beth Chapman, who probably wrote the most classic song for grieving called ‘Sand and Water.’ It’s just an amazing song and expresses it all.”

Newton-John said she reached out to Chapman about the possibility of working together, along with Sky.

“The three of us got together in the course of a year and wrote a bunch of songs together. It has been really amazing.”

The result of that project is "LIV ON," a loving tribute to those facing a major loss and seeking the strength to move forward as they cope with their personal pain.

“I think knowing you’re not alone is an important part of healing and feeling that other people have gone through it,” said Newton-John.

The music was personal for each of them, she told us.

“This project was important to me. The girls felt the same way. Amy lost her mother a year before I lost my sister and Beth lost her husband. We have all gone through the pain. We all do, we’re not going to escape it in our lives.”

Newton-John said everyone grieves differently, but often it helps to talk about it.

"People want to share their stories and in turn, they don’t feel so alone… I know for me, it’s been an awakening experience.”

OLIVIA NEWTON-JOHN RAISING AWARENESS ONE SIP AT A TIME

And fans seem to be getting the message. Newton-John noted "LIV ON" became the number one record in London, and she has since received many letters from listeners sharing their own experiences.

But the concept of helping strangers isn’t new to the pop star. In 2012, 20 years after she fought and won a battle with breast cancer, she launched the Olivia Newton-John Cancer Wellness & Research Centre in Australia.

She admitted that loaning her name to the hospital building was “daunting,” but she ultimately received some parental advice.

OLIVIA NEWTON-JOHN NO FAN OF 'GREASE 2'

“My mom said, ‘Well, if you’re going to help people, then you should do it,’” she said. “That was really the answer. A very simple and straightforward one."

When asked if she ever gets tired as an artist for often being recognized as good girl-turned-turned-bad Sandy in 1978’s “Grease,” her answer was an instant one.

“No,” she laughed. “How many artists have the luck to be part of a movie that is still popular? I’m realistic and I’m grateful. They’ll be a point where I won’t be able to put on my heels, but right now I can still wobble around and do it!”