President Barack Obama and former first lady Michelle Obama won’t be attending the funeral of Aretha Franklin on Friday in Detroit and have instead sent a letter that will be read during the service.

A spokeswoman for the family, Katie Hill, confirmed Wednesday to the Detroit Free Press that the Obamas will not be in attendance, adding that the Rev. Al Sharpton will read the letter.

Former President George W. Bush has also sent a letter that will be read during the service for Franklin, the legendary singer who died from pancreatic cancer Aug. 16 at age 76, the newspaper reported.

Obama instead will offer a eulogy along with Bush on Saturday morning at the National Cathedral in Washington, D.C., for the late U.S. Sen. John McCain, who succumbed to brain cancer Aug. 25 at age 81.

After the death of Franklin, the Obama family released a moving statement, celebrating the life of the music icon. 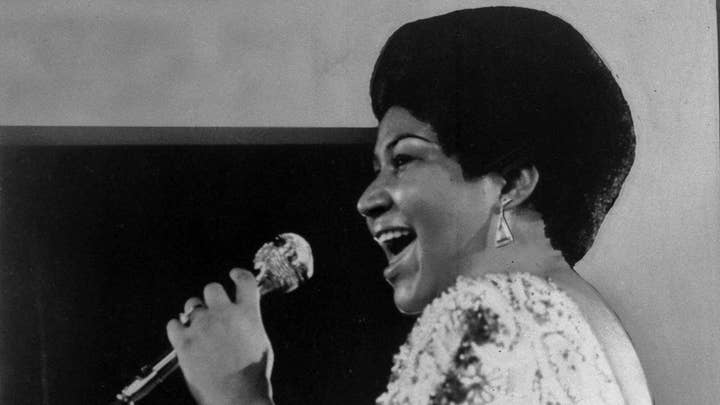 “America has no royalty. But we do have a chance to earn something more enduring. Born in Memphis and raised in Detroit, Aretha Franklin grew up performing gospel songs in her father’s congregation. For more than six decades since, every time she sang, we were all graced with a glimpse of the divine,” the Obamas wrote.

“Through her compositions and unmatched musicianship, Aretha helped define the American experience. In her voice, we could feel our history, all of it and in every shade — our power and our pain, our darkness and our light, our quest for redemption and our hard-won respect. She helped us feel more connected to each other, more hopeful, more human. And sometimes she helped us just forget about everything else and dance,” they continued.

“Aretha may have passed on to a better place, but the gift of her music remains to inspire us all. May the Queen of Soul rest in eternal peace. Michelle and I send our prayers and warmest sympathies to her family and all those moved by her song,” the family added.

Franklin was one of the best-selling recording artists of all time. The soul icon had a long history with the presidents, often performing for them. In 1977, she sang at former President Jimmy Carter’s Inaugural Gala. She also famously performed at Obama’s January 2009 inauguration.

"May the Queen of Soul rest in eternal peace. Michelle and I send our prayers and warmest sympathies to her family and all those moved by her song."

Franklin’s funeral will feature other high-profile guests and speakers. Former President Bill Clinton, for whom Franklin sang during his inaugural ceremony in 1993 and later at the White House Correspondents Association's annual dinner in 1999, will reportedly be in attendance, the Free Press reported.

Clinton, who awarded Franklin the National Medal of Arts and Humanities, is expected to speak during Friday's funeral service.