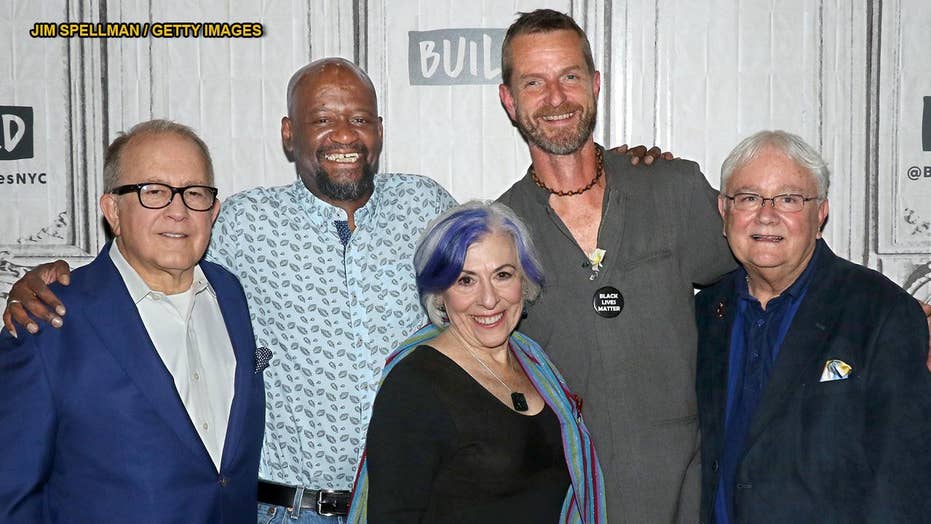 Nurse recalls caring for dying AIDS patients during horrifying epidemic in '5B' doc: 'We had each other'

Nurse Gay Vandenberg recalls caring for dying AIDS patients during a horrifying epidemic in the documentary '5B.'

Guy Vandenberg said there was laughter to be found when he was surrounded by death and despair.

Vandenberg is one of several nurses and caregivers who shared their firsthand experiences dealing with the AIDS crisis in the early 1980s in the documentary “5B,” named after the trailblazing ward at San Francisco General Hospital. The film, which is directed by Dan Krauss and Paul Haggis, premiered at the Cannes Film Festival in May of this year.

Ward 5B, which was built in 1983, is recognized as the first dedicated AIDS unit in the country that aimed to treat patients with care and compassion during a time when little was known about the epidemic impacting the gay community.

“I have to say, this may sound really strange, but I have to say there was also a lot of laughter,” Vandenberg recalled to Fox News. “When somebody knows that they’re not going to live, or when life is slipping away, you really experience each moment differently. That includes, often, humor and intimacy. A lot of intimacy. Not to minimize it, those were really rough times, but we had each other.”

HIV.gov, the federal government’s leading source for information on HIV, shared the virus spreads through certain body fluids and attacks the immune system. HIV is the virus that can leads to AIDS, the most severe phase of the infection, if not treated. According to the site, while no effective cure for HIV currently exists, it can now be controlled with proper medical care.

At the time, the New York Times reported San Francisco had the highest number of AIDS cases per capita in the nation and was second to New York City in the number of diagnosed cases. San Francisco Chronicle also reported that in the first 15 years of the AIDS crisis, 20,000 people died in San Francisco alone. By 1984, the life expectancy for those diagnosed was just 18 months.

It was in 5B where patients, many shunned by family and loved ones over possessing a “gay cancer" they believed was highly contagious, were instead touched and hugged by the nurses and were encouraged to share their stories. As doctors and nurses provided medical care, volunteers from the community visited to serve food, provide entertainment, as well as offer gifts and supplies, including toiletries and robes.

“HIV was a mystery and a mystery can be scary, but these were our fellow human beings,” said Vandenberg. “We need each other. We’re not complete without each other, and that goes for every member of our species. We are complete because of each other, so we can’t walk away. Through struggling through this together, we can actually make advances.”

For the film, Krauss discovered in the CBS archives footage from a “60 Minutes” segment a skeletal patient named Tom whose wife left him after this AIDS diagnosis, the San Francisco Chronicle reported.

“I haven’t had any human contact in a year,” Tom confessed as a nurse gently caresses his hand. “That really puts you out of the picture. You forget love. And when somebody does touch you, it’s wow.”

According to Johnson & Johnson, which commissioned “5B,” the ward was one of the first units in the country that allowed people to visit at just about time and allowed patients to designate partners or friends as family members. Those with the disease were also encouraged to have frank discussions with their doctors and nurses about their diagnosis.

Vandenberg said that the simple act of hugging a patient who wasn’t going to live made a major impact during their final days.

“People need to be touched, especially when somebody is sick and desperate and their family has shunned them,” he explained. “It’s a human thing and it’s a human instinct to want to touch somebody. For us, that was never an issue. And when you’re in a hospital, you get poked with needles all the time. IVs get started, chest tubes get put in… A gentle, warm human touch is important, not just for the person receiving it actually. I have to say, as a nurse, I wanted that connection with that person as well.”

Actor Javier Muñoz, of Broadway’s Tony Award-winning “Hamilton” and “In The Heights” fame, said he’s proudly throwing his support behind the film.

“It’s the hope,” the 43-year-old told Fox News. “There’s no greater demonstration in the most human way of empathy that I’ve ever seen, and it’s a documentary. This isn’t a script. This is our history. This actually happened. This is a testimony, living testimony, to how his epidemic began and the impact it made. That could be incredibly heavy, and it could leave an audience member feeling like it was too much. But in actuality, this story is so full of hope. It’s so full invigorating desire to go out and join the fight. And I think that’s extraordinarily special and important right now.”

Oscar-winning actress Julianne Moore told Reuters her experience of caring for someone infected with the AIDS virus compelled her to also help promote “5B.” The 58-year-old told the outlet she lost a friend to the virus just after graduating from college.

“It was the end of 1984 and it was a friend who had gone to Mexico, and everyone said he had caught the flu — and he died two weeks later and I was shocked,” she said. “By 1985 a lot of people I knew were sick… and by 88 I was caring for somebody in a ward… I saw this movie and was so incredibly moved.”

Vandenberg admitted it was difficult to revisit his past, but wanted to inspire audiences to help those in great need. Today, he works on Ward 86, San Francisco General’s HIV clinic. Ward 5B closed in 2003.

“It brought back many memories of young men and women dying way too early, but also people that I still see as patients in the place that I work who survived, and people who had been disconnected from their family who are reconnecting with their family, or just who are able now to move on and live a life… live a full life, in some cases even have kids,” he said. “So much has changed. It was hard to relive some of this. It was definitely hard, but it was also strengthening to see what we can do if we all put our heads and our hearts and our hands together, and tackle this.”

“We know now that… the virus is not transmitted by human touch,” chimed Muñoz. “And so there’s nothing to hold us back from that hug, from that wonderful, human connection.”

"5B" is currently in theaters.