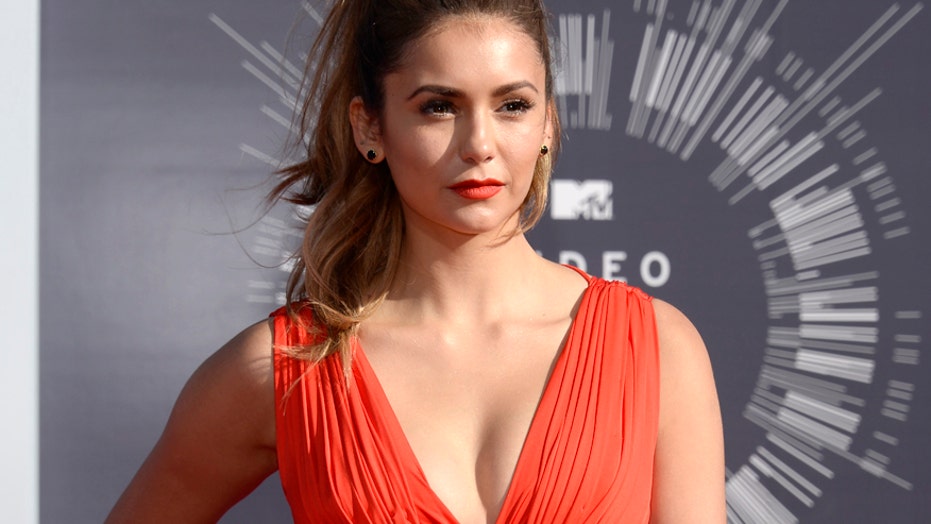 Actress Nina Dobrev is doing much better after a stint in the emergency room due to anaphylactic shock from an allergic reaction.

Dobrev's friend, Julianne Hough, seemed to have worried the "Vampire Diaries" star's fanbase by sharing several posts on Instagram over the weekend showing Dobrev, 30, in the hospital.

On Sunday, the "Dancing With the Stars" champion wrote next to a video in her Instagram Story: "Who would I be at the Emergency Room with on a Sunday night?! Thank god I went to visit this little sheesh!"

In her next video, Hough, 31, posted a photo of her feet tucked under the mystery patient's blanket, and wrote "At least they are good at sharing… My feet are freezing."

Hough eventually revealed that the patient in question was Dobrev, posting a selfie with her in bed wearing an oxygen mask and sunglasses from a filter, with small crystals and rocks on top of her chest.

"Haha most [of] you guessed immediately!" Hough wrote. "Ohhhhhh @nina Momma J's got you.. crystals and all."

On Monday, Dobrev posted several Instagram stories explaining why she was in the hospital.

"A lot of people have expressed concern after seeing Julianne's story. I'm okay," she wrote.

JULIANNE HOUGH WON'T RETURN TO 'DANCING WITH THE STARS'

Dobrev shared another photo of herself wearing an oxygen mask in the hospital, writing alongside, "It's pretty routine/has happened to me quite a few times because I have a lot of allergies."

"Depending on the severity I sometimes go into anaphylactic shock as a result," she went on. "But Jules was with me and the doctors at Cedars [-Sinai Medical Center] were AMAZING so back at home now, and I'm OK. Appreciate your thought, I'm fine, and I'll be fine! Xo."

Dobrev's most recent Instagram story was a selfie of her lying down in her own bed.

"See? Back at home. Swelling is basically gone," she wrote. "We're all good over here. Love ya Jules. Thanks for being mom… again. Okeeee. Well, I'm going back to sleep."