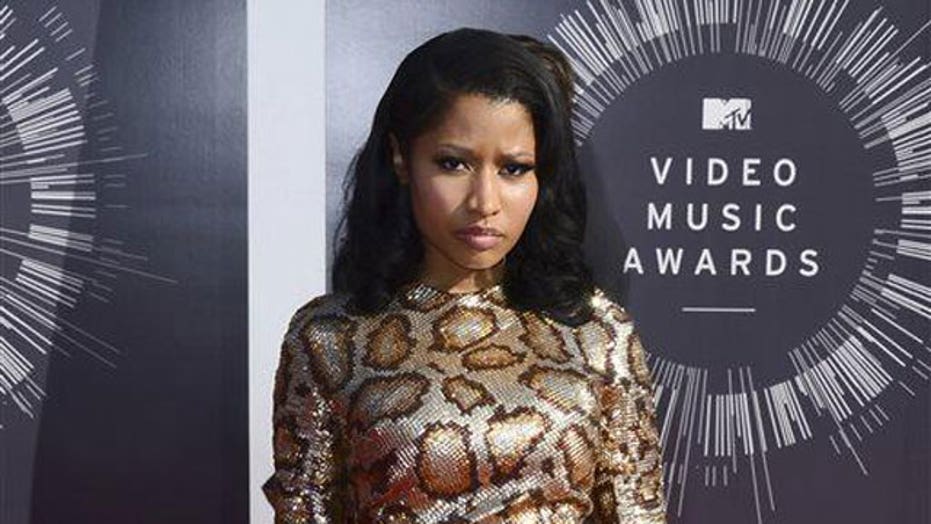 Nicki Minaj is getting plenty of attention these days, but it’s not for one of her usual racy ensembles.

The Sun reported that the video was filmed the day before the terror attack at the site on March 22. Ahead of the video's release, a source said that the footage of the bridge wouldn’t make the final cut out of respect for the victims.

“When everybody involved in the project heard the news they were devastated and thought it would be in bad taste to feature it,” said the source to the UK-based publication. “The other London scenes will remain, but it’s highly doubtful the bridge footage will make the cut.”

However, when Minaj unveiled the video on Wednesday, the scenes had been included.

She told Vevo it was “the best video” she’s ever released.

Viewers quickly slammed the entertainer, stating that it was “too soon.”

@NICKIMINAJ Out of all the places in London who's choice was it film at Westminster?#NoFraudsOnVEVO

Despite Minaj’s decision, some fans also took to social media and supported the entertainer.

Anyone criticising @NICKIMINAJ about her new video featuring #WestminsterBridge is an idiot....

Why are people kicking off about Nicki Minaj video on #westminsterbridge, life has to go on or the terrorist WIN. 🤗. 🇬🇧🇬🇧🇬🇧🇬🇧

These #Blogs talkin bout #NickiMinaj on the #westminsterbridge in #NoFrauds video ? 😴 Can Y'all Please STOP ‼ she did it for her fans 💤