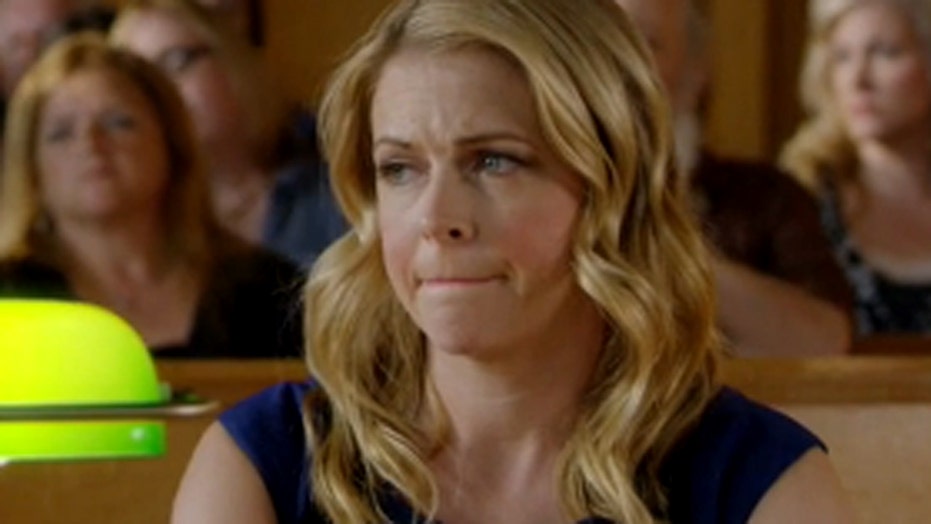 'God's Not Dead 2' tackles separation of church and state

A poll by the Barna Group, commissioned by the filmmakers of “God’s Not Dead 2,” found 32 percent of Republicans feel Hollywood is biased against Christianity. Meanwhile, only 5 percent of Democrats feel the same way. The poll results were revealed at a Sunday screening of “God’s Not Dead 2” in Cleveland ahead of the RNC.

The poll asked the question, “What is your opinion of Hollywood’s treatment of Christianity?”

David A. R. White, founder of Pure Flix and a star of “God’s Not Dead 2,” told FOX411 the poll illustrate why he created the Christian film production company.

“That’s one of the reasons why we started Pure Flix over 10 years ago because we wanted to make positive uplifting life affirming content that ultimately catered to the morals and values of what our society and culture was built on,” he said. “I think obviously a third of the Republicans said Christianity was not fairly portrayed in films, and I think we have seen that.”

Pat Boone, who appears in the film, told The Hollywood Reporter the results didn’t surprise him.

Boone said once during his career where he was asked to play “a heathen, money-grubbing hypocrite” Christian book publisher.   “This happens all the time,” he said. “They try to utilize my good image to skewer people of faith. They portray us as dunces.”

According to The Hollywood Reporter, before the screening Sunday night, there was a worship service. Former GOP presidential candidate Mike Huckabee reportedly urged the crowd to see the film.

“If you’ve never had a reason to watch this film, you’ve got one now,” he said. “It’s harder today than ever to truly live as a person of faith because you’re subjected to ridicule and scorn and contempt.”

This comes just a week after a “God’s Not Dead 2” billboard was banned at the RNC after it was deemed to be “incendiary” and “too political.” On Friday, Republican congressman Dana Rohrabacher announced an inquiry as to why the billboard was rejected.

White said the billboard controversy is part of a bigger issue.

“I think it more and more represents where our culture is. We even have some theaters now that are questioning booking our films. Then, you have the whole billboard issue going on, so it just seems that ultimately as believers as Christians, our goal is not to be in spite about all of this stuff, it is not to say we are being discriminated against. But the other question is who is going to stand up and start speaking out against some of this stuff happening?”