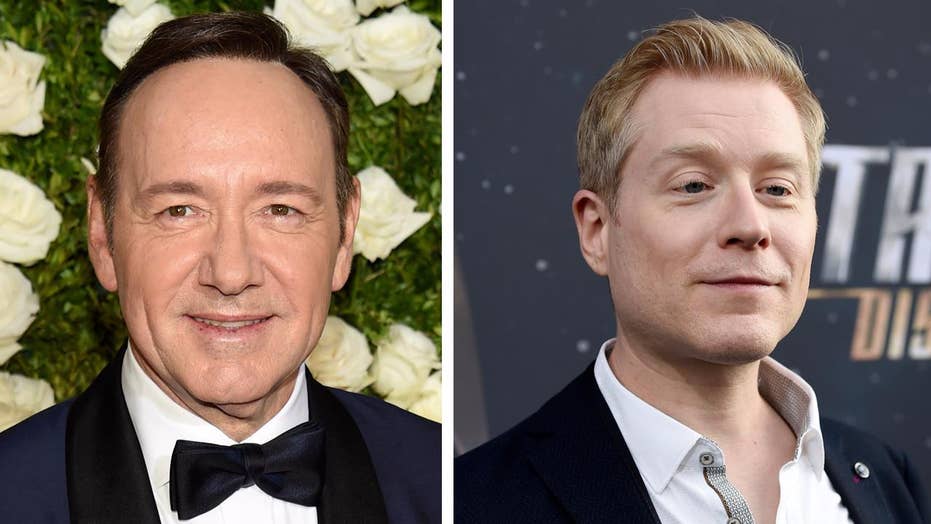 Kevin Spacey: 'I honestly do not remember the encounter'

Following reports that Netflix may kill off Kevin Spacey's character on "House of Cards," the streaming service announced Friday that it is severing ties with the actor.

The move is being prompted by multiple sexual assault allegations against Spacey, who stars as Frank Underwood on the series about political intrigue in Washington, D.C.

Also scrapped was a Gore Vidal biopic that Spacey was reportedly developing with Netflix.

“Netflix will not be involved with any further production of House of Cards that includes Kevin Spacey," Netflix said in a statement, according to the Hollywood Reporter. "We will continue to work with MRC during this hiatus time to evaluate our path forward as it relates to the show."

MRC refers to Media Rights Capital, the production company for "House of Cards."

"We have also decided we will not be moving forward with the release of the film Gore, which was in post-production, starring and produced by Kevin Spacey," Netflix added.

News of the cut ties followed a Variety report Friday that producers were considering killing off Spacey’s character and have the show’s sixth and final season focus on his villainous wife Claire, played by Robin Wright.

MRC was reportedly concerned that recent sexual harassment allegations against the 58-year-old Spacey would make it difficult for the cast to continue working with him.

Production on the show was suspended Tuesday, two days after actor Anthony Rapp accused Spacey of assaulting him when he was 14 years old and Spacey was 24.

Consequently, Spacey was dropped by his agency and publicist Thursday. Then on Friday, Britain's Scotland Yard open an investigation after a male actor claimed he was sexually assaulted by Spacey in London.

Allegations against the actor continued to mount as eight crew members reportedly came forward with assertions about sexual harassment and groping on the set of the streaming drama.

CNN reported Thursday that eight people close to the production, which shoots just outside of Baltimore, have come forward with allegations of sexual misconduct from Spacey that allegedly made working on the set a nightmare.

All eight accusers have chosen to remain anonymous, but claim that the behavior was very well known on set and that it created a difficult work environment.

But both Netflix and MRC claimed they had received no reports of any widespread misconduct.

“When the allegations broke about Kevin Spacey on Sunday night, in conjunction with MRC, we sent a representative to set on Monday morning," Netflix told Fox News in a statement.

"Netflix was just made aware of one incident, five years ago, that we were informed was resolved swiftly," it continued. "On Tuesday, in collaboration with MRC, we suspended production, knowing that Kevin Spacey wasn’t scheduled to work until Wednesday. Netflix is not aware of any other incidents involving Kevin Spacey on-set,” the company said at the time.