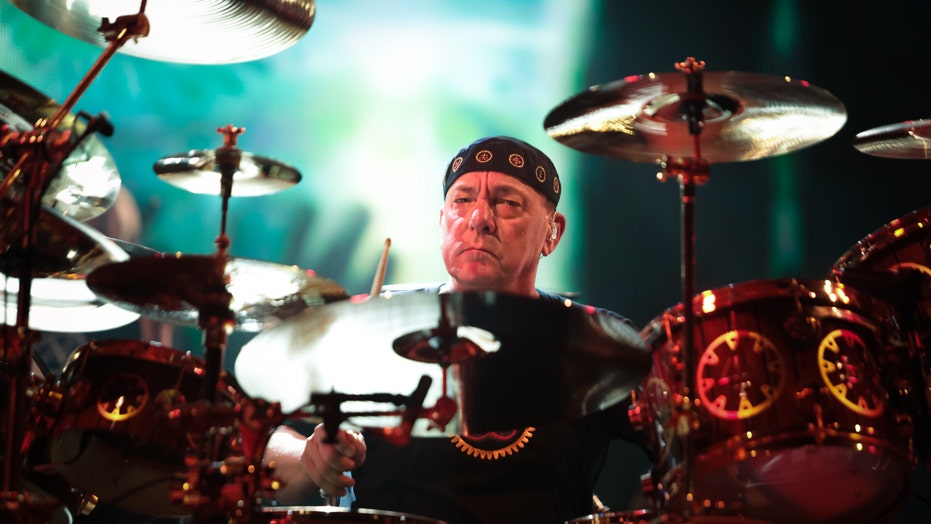 Neil Peart, the legendary drummer for the popular Canadian rock trio Rush, has died at age 67, the band announced Friday.

A statement posted on the band's official Twitter page said: "It is with broken hearts and the deepest sadness that we must share the terrible news that on Tuesday our friend, soul brother and bandmate of over 45 years, Neil, has lost his incredibly brave three and a half year battle with brain cancer ..."

The statement went on to ask for privacy for Peart's family "from friends, fans, and media alike" and requested that mourners make a donation in Peart's name to a "cancer research group or charity of their choice."

Mintz said Peart, who had also penned a number of books, had battled the debilitating disease for three-and-a-half-years.

Neil Peart of Rush performs on stage at O2 Arena on May 24, 2013 in London, England. (Photo by Christie Goodwin/Redferns via Getty Images)

A native of Hamilton, Ontario, Peart joined Rush in 1974 and helped shape its identity as a more aspirational and forward-thinking cohort of musicians. He was widely recognized for his penchant for turning incredibly difficult drum patterns into flawless works of visual art at every turn, and he was also the band's key lyricist.

Rush, made up of Peart, Geddy Lee and Alex Lifeson, is known for its songs like "Tom Sawyer,” “The Big Money” and “The Spirit of Radio.”

After years of petitions from fans, Rush was inducted into the Rock and Roll Hall of Fame in 2013, some 10 years after its induction into the Canadian Music Hall of Fame.

Peart's life was touched by tragedy when his first daughter, Selena Taylor, was killed in a Toronto car accident on Aug. 10, 1997, at the age of 19. Just ten months later, Peart's common-law wife, Jackie, succumbed to cancer.

Peart is survived by his wife, Carrie, and daughter, Olivia.