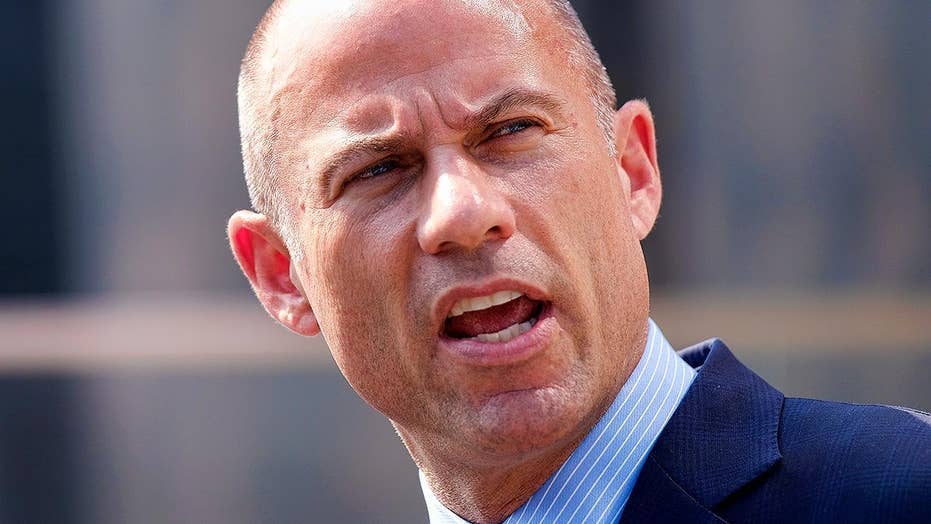 NBC News is under fire for sitting on information that would have cast serious doubt on wild claims abut now-Supreme Court Justice Brett Kavanaugh just when the unsubstantiated allegations were rocking the judge's confirmation to the high court.

Kavanaugh's polarizing confirmation proceedings ended on Oct. 6, when the Senate voted 50-48 to confirm him to the high court.

“Reached by phone independently from Avenatti on Oct. 3, the woman said she only ‘skimmed’ the declaration. After reviewing the statement, she wrote in a text on Oct. 4 to NBC News: ‘It is incorrect that I saw Brett spike the punch. I didn't see anyone spike the punch...I was very clear with Michael Avenatti from day one,’” NBC News reporters Kate Snow and Anna Schecter wrote on Thursday.

"I would not ever allow anyone to be abusive in my presence. Male or female,” the woman told NBC when pressed about Avenatti and his client’s claims, according to NBC’s report.

NBC’s latest story also noted that Avenatti attempted to “thwart the reporting process” and the woman changed her mind several times before eventually texting the network a final time.

“I will definitely talk to you again and no longer Avenatti. I do not like that he twisted my words,” she wrote.

As the mainstream media put a focus on alleged misconduct by Kavanaugh prior to his confirmation, NBC News’ reporting was among the most salacious. The network aired an interview with Swetnick on Oct. 1 -- despite admitting it could not substantiate her claims and that she had changed her story.

At the time, Cornell Law School professor and Legal Insurrection blogger William Jacobson told Fox News that “outlets like NBC News provide the fuel that feeds the anti-Kavanaugh firestorm” that was sweeping the mainstream media ahead of the polarizing confirmation vote.

“That evidence was known to NBC more than three weeks ago, right when Kavanaugh was about to receive a vote on the Senate floor, yet we’re just hearing about it now,” The Federalist co-founder Sean Davis tweeted. “Why did NBC News withhold that information, which reflects poorly on Avenatti, for three weeks? It would’ve been a bombshell had it been reported at the time.”

Senate Judiciary Committee Chairman Chuck Grassley announced on Thursday that Avenatti and Swetnick were referred for criminal investigation for an alleged “conspiracy” to provide false statements to Congress.

The Republican lawmaker cited contradictory statements by both Avenatti and Swetnick in media interviews and pointed to the NBC interview on Oct. 1, where Swetnick backtracked on her central claim that she saw Kavanaugh spiking punch at high school parties in the 1980s.

“NBC sat on this information, which would have undermined some of Kavanaugh’s accusers, and is only now releasing it after Kavanaugh was confirmed and its interview was mentioned in a referral to the DOJ,” The Daily Wire’s Ashe Schow wrote.

NewsBusters managing editor Curtis Houck told Fox News that “it sure looks like [NBC] did Michael Avenatti a solid and could have sat on information relevant to the Kavanaugh fiasco until after the ugly confirmation fight had ended.”

Law & Crime columnist Ronn Blitzer on Friday penned a blistering recap of the situation headlined, “Once again, NBC sits on story related to sexual misconduct until after it matters.”

“That last text was sent on October 5. Kavanaugh wasn’t confirmed until a very close vote on October 6. NBC News published the story on October 25,” Blitzer wrote. “This, of course, draws suspicion because if NBC had information that showed that allegations against Brett Kavanaugh may not be accurate, that would be pretty important.”

Blitzer continued: “If I had a bombshell story in my pocket at the time it was most relevant, I wouldn’t wait until weeks after the moment passed.”

As Blitzer’s headline points out, this isn’t the first time NBC News has raised eyebrows with its handling of sexual misconduct-related news. The Peacock Network famously refused to air Ronan Farrow’s reporting on now-disgraced Hollywood mogul Harvey Weinstein, didn’t air a 1999 interview with Bill Clinton rape accuser Juanita Broaddrick until after he was acquitted and the infamous “Access Hollywood” tape of Donald Trump making lewd comments about women was leaked from within NBC News to the Washington Post.