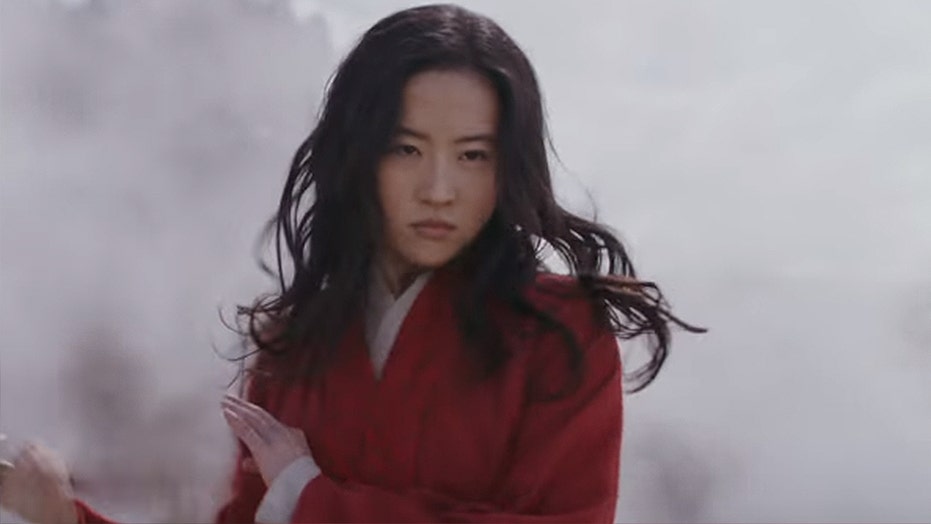 Disney’s chief financial officer, Christine McCarthy, admitted Thursday during a business conference that choosing to shoot certain scenes in the Xinjiang region of China for the studio's remake of "Mulan" has “generated a lot of issues for us.”

Xinjiang is in northwestern China and has been at the center of controversy as it's been reported that almost 1 million Uighur Muslim residents have been forced into internment camps to push them into assimilating into China’s majority Han population.

Detainees have previously described the conditions as inhumane and torturous with some people suffering sterilizations and abortions.

According to Reuters, China's foreign ministry spokesman, Zhao Lijian, was asked about the film shooting in Xinjiang and responded with a denial of the existence of re-education camps, instead calling the facilities there vocational and educational institutions, and blamed anti-China forces for smearing its Xinjiang policy.

The poster for the remake of "Mulan." (Disney)

In the credits of "Mulan," the film gives thanks to different government organizations in Xinjiang, including the Turpan Bureau of Public Security, which is directly involved in the camps.

McCarthy said, according to Bloomberg News, that certain parts of the live-action remake were filmed in China in “an effort to accurately depict some of the unique landscape and geography of the country for this historical period piece.” The rest of the film was shot in New Zealand.

She said of the Xinjiang backlash: “It has generated a lot of publicity. Let’s leave it at that.”

"Mulan," which had a $200 million budget, was released on the Disney+ streaming platform after the coronavirus pandemic suspended its theater release around the world.

But it was theatrically released in China with a caveat. Chinese authorities have reportedly banned major media outlets from writing about or critiquing the film for fear they will highlight the human rights abuses in Xinjiang.