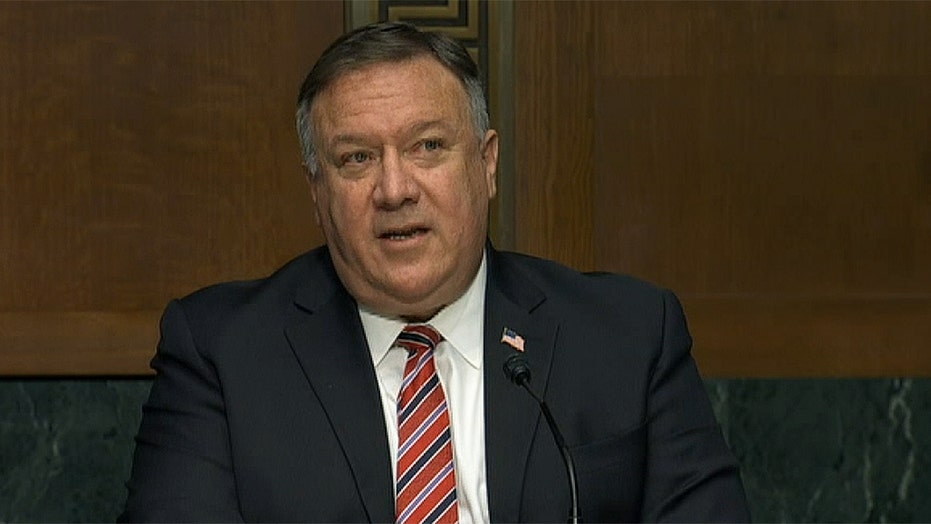 The United States has increased its pressure on the Chinese government to stop the reported human rights abuses being committed against the Uyghurs in the Xinjiang region of China by hitting them with more sanctions.

“The Chinese Communist Party’s human rights abuses in Xinjiang, China against Uyghurs and other Muslim minorities rank as the stain of the century,” Secretary of State Mike Pompeo said Friday.

The U.S. Department of the Treasury’s Office of Foreign Assets Control (OFAC) designated Xinjiang Production and Construction Corps (XPCC) a paramilitary organization for the Chinese Communist Party (CCP) and an offender of human rights abuses.

The Treasury Department also placed sanctions on Sun Jinlong, a former Political Commissar of the XPCC, and Peng Jiarui, the Deputy Party Secretary and Commander of the XPCC, for their involvement in the reported abuses.

“As previously stated, the United States is committed to using the full breadth of its financial powers to hold human rights abusers accountable in Xinjiang and across the world,” Treasury Secretary Steven T. Mnuchin said Friday.

The U.S. has placed several sanctions of Chinese officials and entities amid reports of human rights abuses.

On July 9, Chen Quanguo, the First Political Commissar of the XPCC, was placed under designation by the U.S.

“Following his arrival in the region, Chen Quanguo began implementing a comprehensive surveillance, detention, and indoctrination program in Xinjiang, targeting Uyghurs and members of other ethnic minorities,” Pompeo said in a statement Friday.

Several American government agencies warned companies against “reputational, economic, and legal risk” of working in the Xinjiang region because of the reports of forced labor.

CULTURAL GENOCIDE? WHAT CHINA IS DOING IN TIBET TODAY

The Department of Commerce placed sanctions on nine Chinese entities with suspected relations to human rights abuses in Xinjiang.

China has said that Pompeo’s hard stance against human rights abuses is nothing more than a distraction from the COVID-19 public health crisis unfolding in the U.S. during an election year.

“However, they are doomed to fail because the world won't buy what they are selling; peace-loving people won't allow it; and the Chinese people won't be intimidated,” Webin added without ever specifically mentioning the Uyghurs.

The U.S. is not alone in condemning the actions being taken against the Uyghurs.

The U.K. Foreign Secretary Dominic Raab accused China of “gross and egregious" acts earlier this month and parliament is expected to debate sanctions.