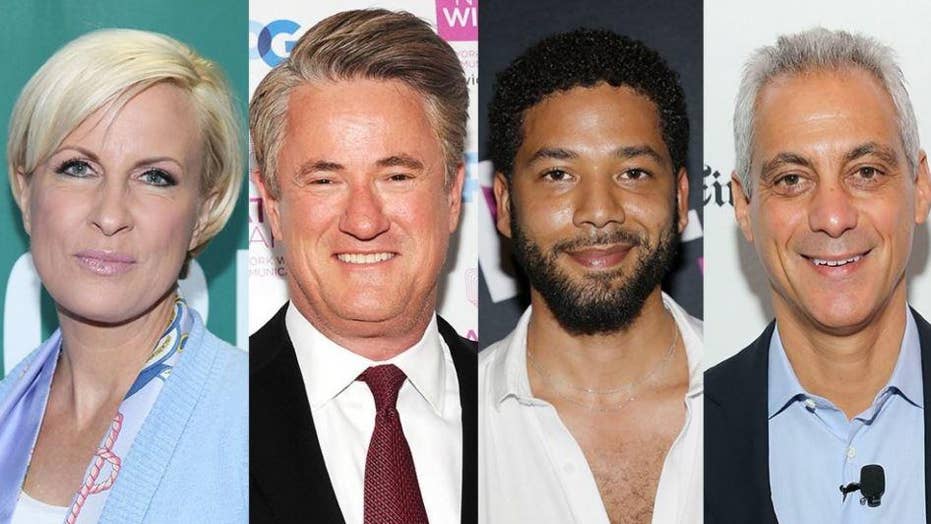 Despite teasing the segment, ‘Morning Joe’ does not discuss Jussie Smollett during chat with Chicago Mayor Rahm Emanuel

Despite teasing the segment, MSNBC’s ‘Morning Joe’ did not discuss Jussie Smollett during chat with Chicago Mayor Rahm Emanuel.

Chicago Mayor Rahm Emanuel was a guest on Monday’s “Morning Joe,” but the hosts did not ask Emanuel about Smollett. Oddly, co-host Mika Brzezinski teased the segment by noting that Emanuel would discuss the case – but then the moment never came.

"Still ahead, Chicago police blasted Empire actor Jussie Smollett last week, accusing him of staging a hate crime because he was unhappy with his salary,” she said. “We'll get Chicago Mayor Rahm Emanuel's reaction to the alleged incident, next on ‘Morning Joe.’"

After a commercial break, Emanuel discussed the fact that Mexico isn’t paying for a wall along the southern border, the 2020 Democratic field and various things that he accomplished during his time as mayor of Chicago. Smollett was never touched on while Emanuel conversed with the “Morning Joe” co-hosts.

Media Research Center contributing editor Mark Finkelstein asked, “What happened during the commercial break between Mika's tease and the interview itself? Did Emanuel, in his tough-guy persona, perhaps inform the hosts that he would accept no questions about Smollett?”

CNN’S VAN JONES COMPARES JUSSIE SMOLLETT TO JACKIE ROBINSON: ‘THIS IS THE FALL OF AN ICON’

Finkelstein rapped the morning shows hosts, noting that if Emanuel didn’t want to talk about the alleged hate crime hoax then they should have either “let Rahm explain live on the air his refusal to answer” or canceled the interview altogether.

“Instead, Joe and Mika did neither,” Finkelstein wrote. “Had they bowed meekly to Emanuel's demand?”

Finkelstein noted that the panel included other guests, such as MSNBC correspondent Kasie Hunt and New York Times reporter Nick Confessore but nobody asked Emanuel about Smollett. 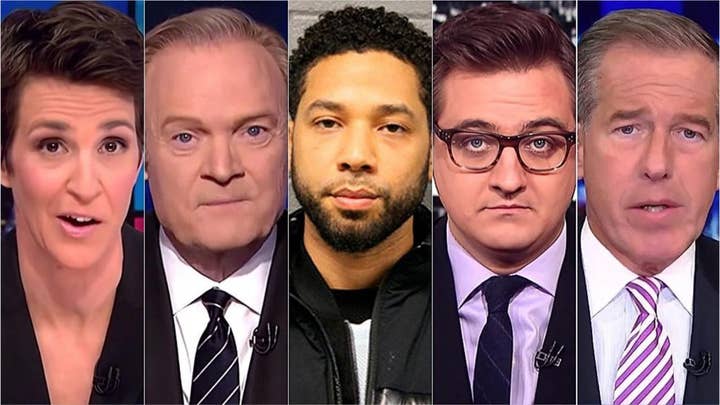 Last week, MSNBC was slammed for ignoring the Smollett story during primetime. When the liberal network covered the story during the day, it allowed a guest to float the theory that pro-Trump police officers could be lying about the details.

Smollett was charged Wednesday with felony disorderly conduct amid allegations of filing a false police report. He turned himself in at central booking early Thursday. If convicted, he is facing up to three years in prison. A judge set Smollett's bond for $100,000 on Thursday.

Chicago Police Superintendent Eddie Johnson has blasted the “Empire” actor throughout the process and reiterated on Monday that evidence points to the alleged attack being a hoax.

"It's not the Chicago police saying [the attack was staged], it's the evidence, the facts and the witnesses that are saying it,” Johnson said Monday on “Good Morning America.”

Smollett told police he was attacked by two masked men as he was walking home from a Subway sandwich shop at around 2 a.m on Jan. 29. The actor, who is black and openly gay, said the masked men beat him, made derogatory comments and yelled "This is MAGA country" — an apparent reference to President Donald Trump's campaign slogan, "Make America Great Again" — before fleeing.

It was after the police spoke with brothers Abel and Ola Osundairo that they pivoted their investigation away from a hate crime and to an allegedly false police report.