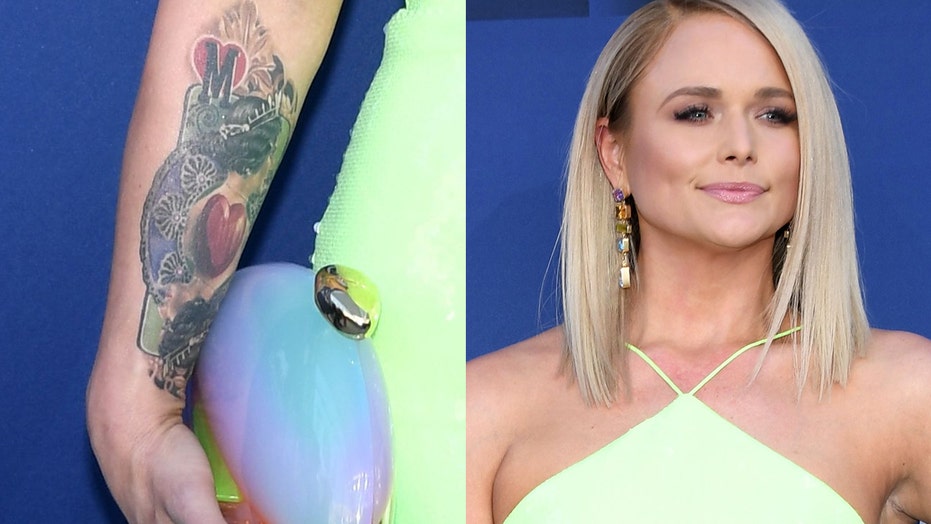 Miranda Lambert has come a long way from tiny Lindale, Texas. And despite living her life like an open book through her music, there are still a few things you probably don't know about the superstar.

One of the things that definitely won't "come out in the wash" is Miranda Lambert's new tattoo.

Lambert opened up about her latest body art, a tattoo of the Queen of Hearts playing cards, telling People it was inspired by where she’s at in life now.

“It represents a lot of things in my life,” the country singer told the magazine about the tattoo she got in October 2018. “I was going from one phase of life to a new one and starting to take care of me and not worry about what was around me.

"It’s about making sure I know that I’m the queen of my own heart,” she said. “I love it.”

Miranda Lambert got a tattoo of the Queen of Hearts playing cards in October 2018. (Getty)

Speaking of being the queen of her own heart, the "Kerosene" singer is overjoyed about releasing her seventh studio album, "Wild Card."

“I didn’t leave it all behind on this record,” she said about her upcoming album. “But I definitely celebrated joy a lot more than I have before.”

"My last record was kind of sepia-toned and I mean that emotionally as well," said Lambert.

The country crooner talked about what to expect on her new album.

“This record’s got some pizzazz and some pump to it,” Lambert said about her light-hearted songs such as “It’ll All Come Out In the Wash.”

"It was a conscious decision,” she admitted of “switching gears." "I guess in all ways. In life and in art. And don’t they go hand in hand most times, you know."

But Lambert assured fans that she hasn't lost her well-known edge in relation to her heartbreak hits.

MIRANDA LAMBERT SAYS CAREER 'HAS BEEN A CRAZY RIDE,' HINTS AT NEW RECORD HAVING 'HIDDEN MESSAGES'

“No matter how happy I am, there’s always this side of me that’s still a skeptic,” she said. “I’ll always keep a little bit of that in me. I’m a sucker for a sad song.”

Although her pull is to write sad songs about heartbreak, she said she couldn't help allowing her upbeat spirit seep into her new music.

Her life has gone from sepia-toned to a vibrant world of color as she's enjoying her newlywed phase with husband and NYPD officer, Brendan McLoughlin.

She's looking forward to bringing fans along for the wild journey she’s been on throughout her 16-year career, which included a public divorce from Blake Shelton, which was behind 2016’s hit "The Weight of These Wings."

“When I go on stage, I take myself on a musical journey, and I hope that’s what I do for the crowd,” Lambert revealed. “I really take them through all the emotions.”

Her new album is set to be released on Nov. 1.