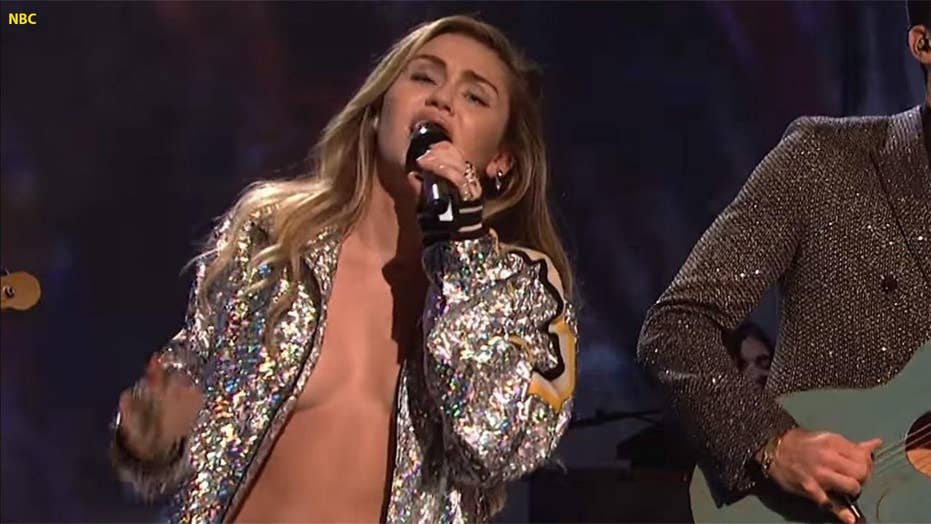 Once again, Miley Cyrus has become the center of controversy.

The singer released a new music video for her latest single "Mother's Daughter" on Tuesday, which features heavily NSFW content, including close-up shots of the singer in a red latex suit, large props set to resemble breasts and on-screen messages such as "virginity is a social construct" and "you are f--- beautiful," among others. The video's guest stars include transgender and disabled model Aaron Philip and young activist Little Miss Flint.

MILEY CYRUS BLAMES 'PRIVILEGE' IN APOLOGY FOR PAST COMMENTS ABOUT HIP-HOP: 'MY WORDS BECAME A DIVIDER'

Cyrus announced the video's release on Twitter on Tuesday, along with the caption, "Music makes Movements! We got the power!"

The video quickly became a trending topic on Twitter and is already drawing praise from the artist's fans, who are commending the video's messages, as well as backlash from many critics who were offended by the video's intense imagery.

Many fans of Cyrus have reacted positively on social media to the video, with one YouTube commenter writing, "Miley is such a versatile and extraordinary person in the present day music industry, where almost everything is generic!. Love you, Miley."

Another fan commented, "This made me cry in a way I can’t explain. As a woman, this means EVERYTHING."

"Women of all kinds, colors, sexualities, are thrilled with this video. What you've done is brilliant. Thanks for that. I love you."

However, not all reactions to the video have been as glowing, with many believing the video to be unnecessarily graphic.

One commenter on Instagram wrote, "I honestly preferred your 'Malibu' song and when you were simple, clean and focused on your musical talent. This whole act to get attention and shock value isn't impressing me."

Another Instagram user commented, "I'm not understanding all the women's rights, wanting respect... and then wearing this? And close your mouth! Geez, smh."

Other comments held similar beliefs, including some that read, "Your husband's family must be so proud to see this," and "Miley u r the worst inspiration to those children's [sic] out there."