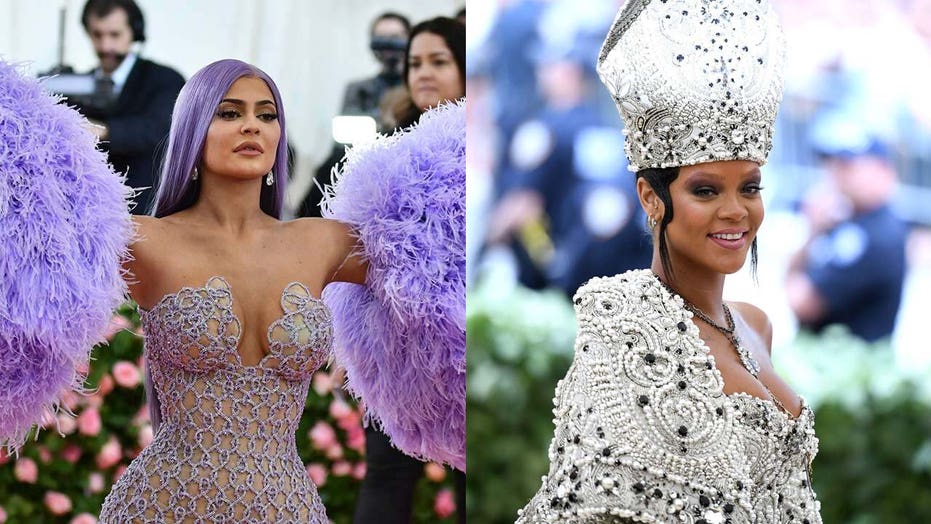 Roll up the red carpet, because there will be no Met Gala in 2020.

Following the Metropolitan Museum of Art’s mid-March decision to close its doors and postpone the glitzy ball “indefinitely” in the face of the COVID-19 pandemic, the Met announced on Tuesday that this year’s event has been called off entirely.

SARAH HYLAND TRADES IN BRUNETTE LOCKS FOR BRIGHT NEW LOOK: 'I DID THIS ALL BY MYSELF'

The Costume Institute’s “About Time: Fashion and Duration” exhibit, which would have set the theme for the 2020 fête, is still set to open on October 29 and run through February 7, 2021. The Met now plans to reopen around mid-August, although all talks, tours, concerts and events have been canceled through the end of the year.

A spokeswoman for the Met told WWD that the 2021 gala will be focused on next year’s Costume Institute exhibition, which has not yet been announced.

Kylie Jenner attends The Metropolitan Museum of Art's Costume Institute benefit gala celebrating the opening of the "Camp: Notes on Fashion" exhibition on Monday, May 6, 2019, in New York. (Charles Sykes/Invision/AP)

When it was initially announced that the Vogue-hosted bash wouldn’t take place on the usual date, fashion-hungry fans sprang into action, recreating iconic looks from past Met Galas at home. Celebrities like Mindy Kaling and Adam Rippon got in on the fun, too — and Katy Perry even shared a glimpse at the baby bump-accommodating look she’d planned to wear on the big night.

Time to start looking forward to the first Monday of next May.