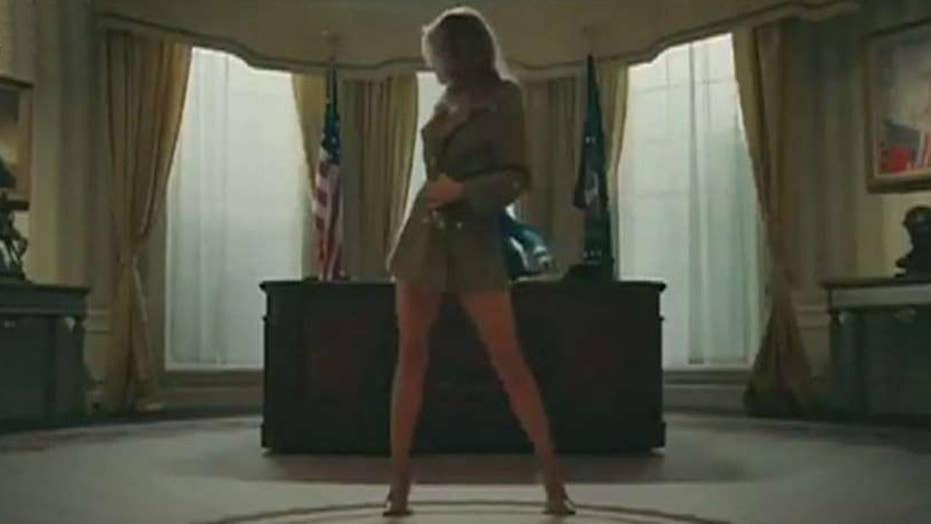 Melania Trump spokeswoman Stephanie Grisham is calling for a boycott of rapper T.I. after he posted a video that shows a woman who resembles Mrs. Trump performing a striptease in the Oval Office.

A spokesperson for Melania Trump has called for a boycott of rapper T.I. after he released a video featuring a first lady look-alike stripping in the Oval Office.

In the promotional video for his new album, a woman resembling the first lady strips in the Oval Office. She dons a jacket that reads, "I really don't care, do u?" in reference to a similar jacket Melania Trump wore earlier this year to visit migrant children in Texas. She recently explained that she wore the jacket to troll reporters.

T.I., whose real name is Clifford Harris, tweeted Friday "Dear 45, I ain't Kanye" before sharing the video. Those tweets follow T.I. posting on Instagram that he was done working with rapper Kanye West, who is a President Donald Trump supporter.

In a statement to Fox News Grisham said: "Like it or not, she is the First Lady and this is the White House. It’s disrespectful and disgusting to portray her this way simply because of politics. These kinds of vulgar attacks only further the divisiveness and bias in our country - it needs to stop."

A rep for the rapper did not immediately return Fox News' request for comment.

The first lady said recently in an interview with ABC News that she feels like she is "the most bullied person in the world." 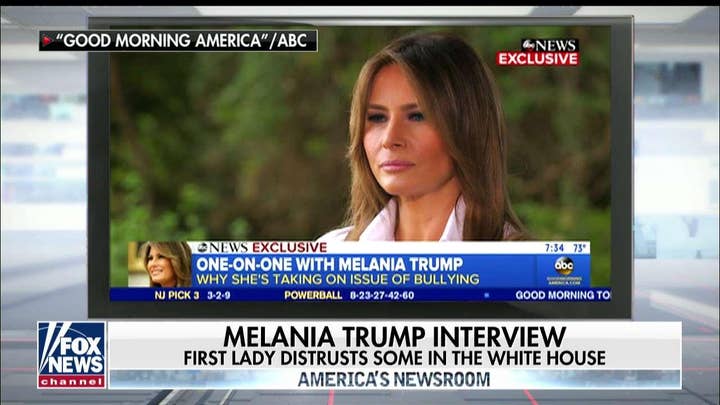 “If you really see what people are saying about me," the first lady said in the interview. "It’s why my ‘Be Best’ initiative is focusing on social media and online behavior to educate the children of social-emotional behavior so when they grow up, they know how to deal with those issues."