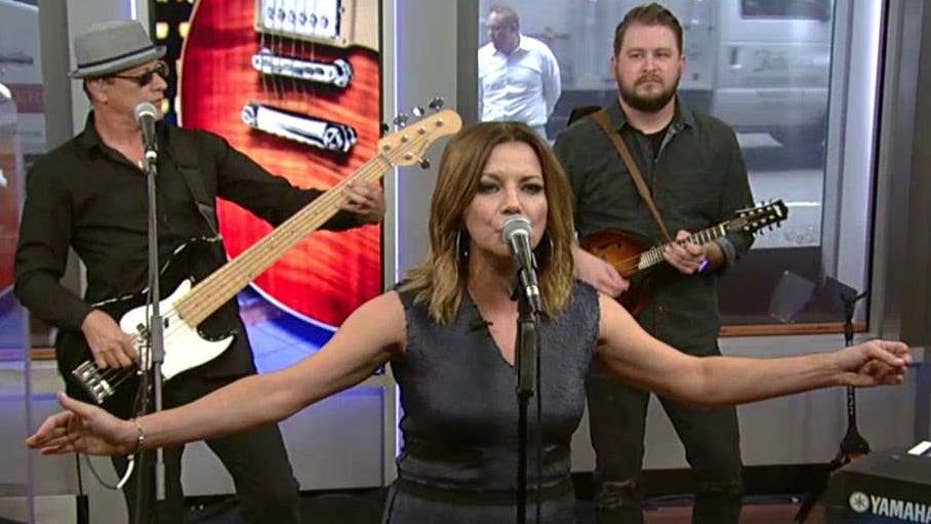 Country music star performs a song from her latest album

Twenty five years have passed since Martina McBride released her debut single "The Time Has Come." In the years that have passed, the singer has solidified her spot in country music as a hitmaker and leader in the industry.

And she's showing no signs of slowing down.

"I love what I do and I'm still excited about performing live,"McBride told Fox News. "I haven't thought about slowing down."

The 50-year-old released "Reckless" in 2016 and recently extended her "Love Unleashed" tour into 2017. She brought fellow female country artists Lauren Alaina and Maggie Rose along for the ride and offered them the same advice she would give herself 25 years ago.

"Enjoy it and take the time to really soak it all in," she advised.

"One of my favorite [touring] memories was getting to sing with George Strait every night on stage. That was a little thrill," she recalled.

Looking back on her seasoned career, McBride acknowledges that things weren't always easy.

"When I was starting out, I had my first child and I tried to do it all," she said. "I was touring, doing radio interviews and trying to learn how to run a business and learn how to be a mom at the same time. That was intense. I look back now and I don't know how I did it to be honest."

One thing that has been a constant in the "Independence Day" singer's career is sticking to music -- and not politics.

"I don't feel like [it's] my job to talk politics," she said of many performers decision to speak out about their politics in the 2016 presidential election. "My job is to entertain people."

The singer also spoke about her recent collaboration with John Mellencamp. She sings on his song "Grandview" on his upcoming album "Sad Clowns & Hillbillies."

"At that time...the head of both of our labels was Scott Borchetta and he just put it together," she said of the collaboration. "I was just thrilled to do it because he's been a part of the soundtrack of my life."

"I don't know him personally, I've only met him once [but] he was very respectful and nice to me."