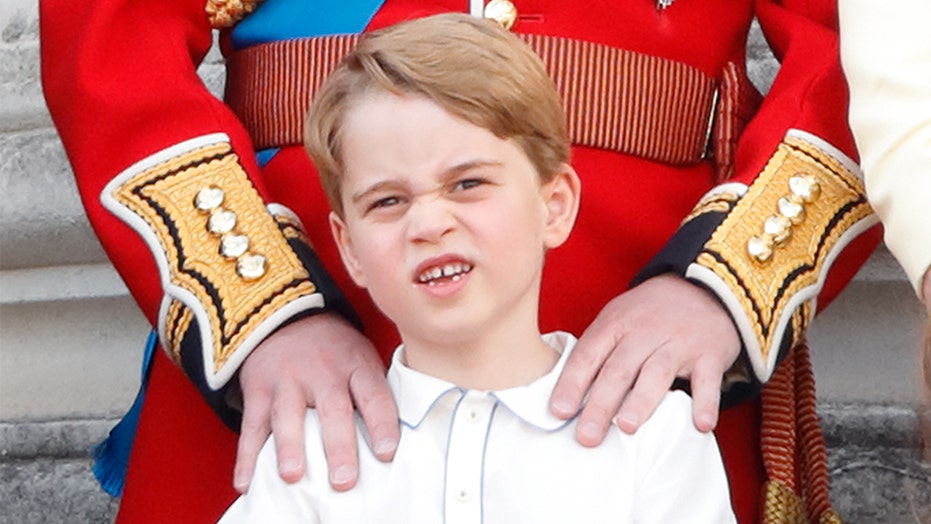 Prince George is being asked to return a giant shark tooth to Malta that is believed to be from the extinct Carcharocles megalodon.

Naturalist Sir David Attenborough first found the tooth, from the animal believed to be twice the length of great white sharks, during a family vacation to the Mediterranean country in the late 1960s.

Attenborough teamed up with George’s father, Prince William, to film a documentary shot over two years as they traveled to various countries and discussed ways to preserve nature.

During a special screening of the documentary “Prince William: A Planet for Us All” at Kensington Palace last Thursday, the naturalist gave George the Carcharocles megalodon tooth as a keepsake.

George marveled at the artifact while his younger brother Prince Louis looked on in a photo from the screening.

Although Attenborough discovered it, Malta’s culture minister Jose Herrera said he wants to "get the ball rolling" to have the fossil returned for the country's heritage collection.

"There are some artifacts that are important to Maltese natural heritage and which ended up abroad and deserve to be retrieved,” he told Times of Malta newspaper on Monday.

Herrara added: "We rightly give a lot of attention to historical and artistic artifacts. However, it is not always the case with our natural history. I am determined to direct a change in this attitude."

William said in a preview for the documentary “Prince William: A Planet for Us All” that his love for conservation began with his grandfather and continues for the sake of his children with Kate Middleton.

William added: "Now I have got George, Charlotte, and now Louis in my life—your outlook does change. You want to hand over to the next generation, the wildlife in a much better condition."

The documentary airs on ITV on Monday October 5.