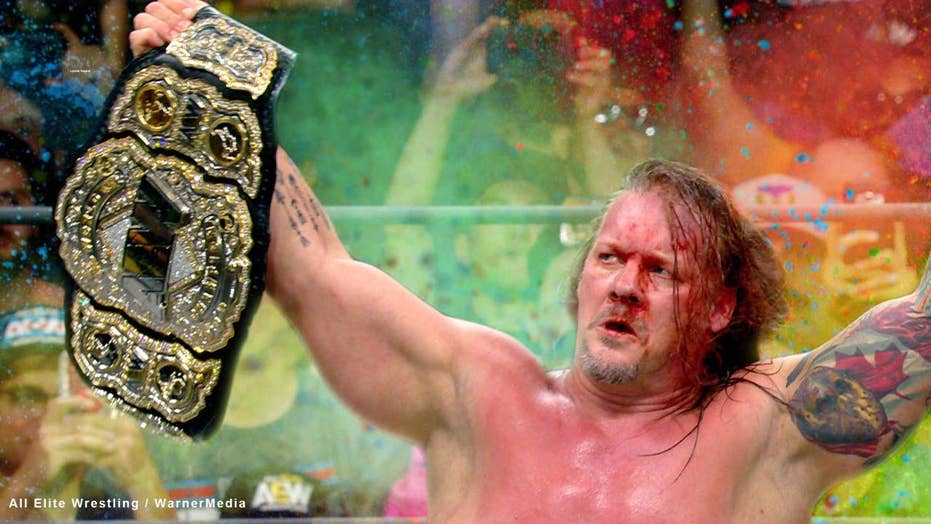 How All Elite Wrestling is changing the industry

Fox News caught up with All Elite Wrestling at New York Comic-Con and talked about being a new competition for WWE, perks of AEW run by professional wrestlers, and how lesser-known talent can succeed.

The 22-year-old professional wrestler, who goes by the name “Jungle Boy,” spoke with Fox News at New York Comic-Con, where he discussed his part in the brand-new All Elite Wrestling league.

Jack said his dad "was there when I signed the contract. He was just super, super happy and proud. I know he felt really good about where I was and who I was with.”

In January, former WWE star Cody Rhodes, alongside Kenny Omega and the Young Bucks, who made their names in New Japan Pro Wrestling, announced the creation of a new wrestling promotion — All Elite Wrestling (AEW).

“My dad's favorite wrestler growing up was Dusty Rhodes,” Perry said. “And he actually got to have a relationship with Dusty later in his life. I remember he told me that was the only person he ever got star struck meeting. So that’s cool for me to be here with Dusty’s son. I really feel like there is not a better place for me to be right now. I’m in the perfect place with the perfect people.”

Luke Perry died in March at 52 after a massive stroke.

In July, Jack discussed his dad's death with Entertainment Tonight, saying "the thing that I'm most proud of about my dad, always, is that he was a really good guy."

"And you know, not everyone got the chance to know him. But I think the outreach and support, I think it kind of shows that. I'm happy to see it. He was loved by everybody and it's nice to see that from everybody."

Jack first paid tribute to Luke Perry a few days after his death in an emotional post on Instagram. "He was a lot of things to a lot of people. To me, he was always Dad," he wrote.

"He loved [and] supported me in everything, and inspired me to be the best that I could possibly be. I've learned so much from you, and my heart is broken thinking about everything you won't be here for. I'll miss you every day that I walk this earth. "I'll do whatever I can to carry on your legacy and make you proud. I love you dad."