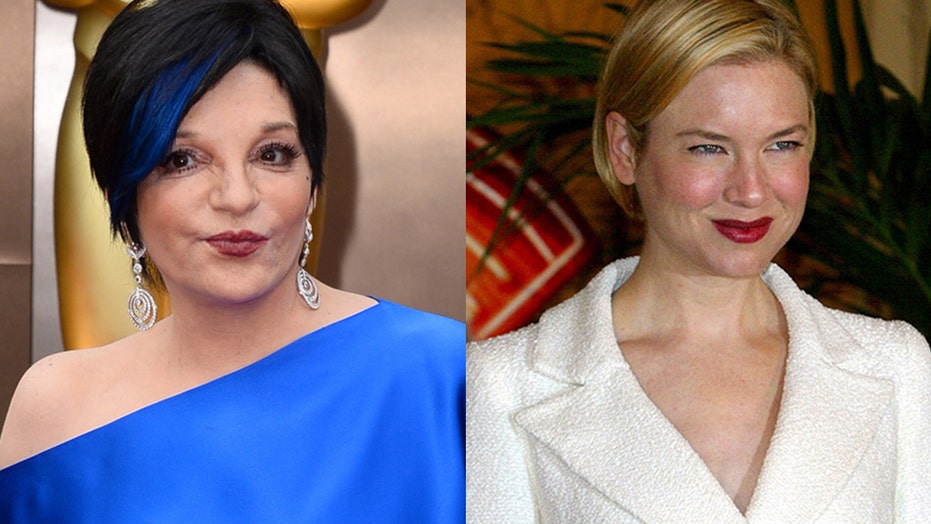 Liza Minnelli is speaking out against the Renee Zellweger-led biopic “Judy” once again.

The 73-year-old actress has previously said she does not sanction the film that depicts her late mother, Judy Garland, during the last year of her life. Speaking to Variety, Minnelli reiterated that she doesn’t have plans to view the film and even took a very subtle jab at its star.

“I hope [Zellweger] had a good time making it,” she told the outlet, reportedly refusing to comment further.

Zellweger, in her first leading role since 2016’s “Bridget Jones’s Baby,” was among the nominees for best actress at the upcoming 2020 Academy Awards for her part in “Judy.” She has already nabbed Golden Globe, BAFTA and Screen Actors Guild awards as well. The film focuses on Garland at age 47 in 1969 as the “Wizard of Oz” leading lady arrived in London to launch a comeback with a series of sold-out performances at the Talk of the Town nightclub.

Despite the film’s positive reception, Minnelli has previously said that she takes issue with never being consulted about the portrayal of her late mother. After a report falsely claimed she bonded with Zellweger while the 50-year-old actress was researching the role, Minnelli took to Facebook to clear things up.

“I have never met nor spoken to Renee Zellweger,” she wrote at the time. “I don’t know how these stories get started, but I do not approve nor sanction the upcoming film about Judy Garland in any way. Any reports to the contrary are 100% Fiction.”

In an interview with the Los Angeles Times about the role, Zellweger admitted that she was conflicted about whether or not to get in touch Garland’s children for advice on playing the part.

“I wanted to reach out not to ask questions, except to maybe ask what they would like or hope to see,” she said. “I figured that whatever was for public consumption, they had already shared at this point. I could find that. I wouldn’t dream of calling and asking, ‘Hey, what else can you share here? Because that’d be so helpful.’ To me, what they haven’t shared is treasure and that belongs to them and that’s where it should stay.”

In the same interview, Zellweger revealed that she attempted to reach out to Minnelli through a mutual friend, but no meeting ever took place.

‘JUDY’ DIRECTOR RESPONDS TO LIZA MINNELLI’S CRITICISM OF FILM: ‘IT’S AN INVASION OF PRIVACY AT SOME LEVEL’

Meanwhile, Garland's other daughter, Lorna Luft, was diagnosed with a brain tumor shortly before filming on “Judy” began.

“That was a time for her and her family, not for work and professional questions and a stranger to approach her about things that ultimately don’t matter, right?” Zellweger explained.

Speaking to Fox News in a recent interview, Zellweger was asked how she researched for the role on her own.

“I approached it really humbly with curiosity and lifelong admiration – awe, really,” she explained. “And I just wanted to learn as much as I could and read between the lines because I think that a lot of what we sort of address in the film has gone unaddressed or not.”

The “Jerry McGuire” actress continued: “It's just what isn't in the article that was written about her. What'd they leave out? What are the extenuating circumstances that nobody wants to talk about? What's happening in the private moments? And so I just – I sat with all of the facts and all of the sort of linear history of this period in her life, and I tried to understand from my own personal experiences and everything else that I read and what was missing in the telling of this part of the story of this part of her life.”