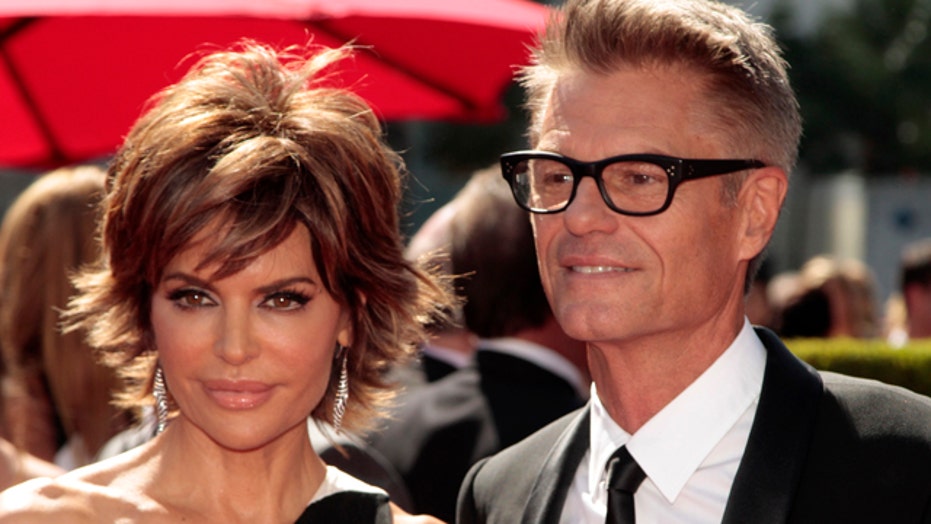 There’s a new “Housewife” in Beverly Hills -- and ETonline has your exclusive first look at her debut.

Model Kathryn Edwards joins the cast of "The Real Housewives of Beverly Hills" this week, bumping into her old pal, Lisa Rinna, at co-star Lisa Vanderpump’s restaurant, PUMP. The two met back in the ‘90s, while Lisa was working on "Days of Our Lives."

The ladies hug and catch up, realizing they haven’t seen each other in years. But, apparently, not much has changed… at least for Kathryn.

“She’s either sold her soul to the devil, or she has some sort of special cocktail that she drinks, because she looks exactly the same,” Lisa says in a confessional, before giving a double bird-flip to the camera.

The ladies’ conversation abruptly cuts off when Lisa brings up O.J. Simpson, so we’ll have to tune in this Tuesday at 9 p.m. ET on Bravo to see what that’s about.

Kathryn’s ex-husband was rumored to have had an affair with Nicole Brown Simpson after her separation from the football star in 1992. Those allegations reportedly first surfaced in Faye Resnick’s 1994 tell-all memoir, published after Nicole’s death. Faye is, of course, a recurring player on RHOBH… so there might be a lot of drama ahead!

While we don’t know what happens next, we do know what Kathryn’s tagline will be: “My advice: Speak your mind and carry a good handbag.”