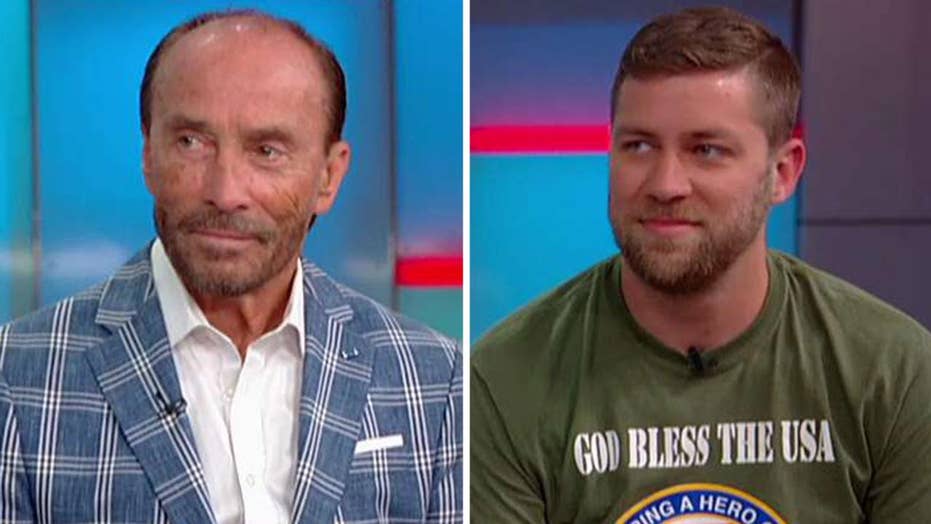 Country music star Lee Greenwood was especially proud to be an American over the holiday weekend, after working with a nonprofit to provide a specialized home for an Afghanistan war veteran who lost his legs overseas.

Greenwood teamed up with Helping a Hero to provide wounded warrior Matt Deatherage with a home equipped for him to live independently, and the two men appeared on "Fox & Friends" on Monday to talk about the new house and the organization that made it happen.

Deatherage said he was "amazed" at his new home, and the hard work done by Helping a Hero to aid dozens of veterans like himself with special needs.

"Each of these veterans have their own issues to deal with," Deatherage said. "Not everyone fits into a specific mold." The Army veteran was deployed to Kandahar, Afghanistan in 2010, and stepped on a land mine in March 2011 which resulted in the loss of both of his legs. Although he wears state-of-the-art prosthetics, he developed diabetes after his injury and now uses a wheelchair the majority of the time.

ARMY WIDOW ON TUNNEL TO TOWERS' GIFT OF A MORTGAGE-FREE HOME: 'IT MEANS EVERYTHING'

His new home is equipped with ramps and wide doors to accommodate his chair, as well as an exterior pathway so that he can get around outdoors.

Greenwood, best known for his iconic song "God Bless the U.S.A.," said he felt particularly called to get involved with Helping a Hero. The organization has provided over 100 homes to veterans in 22 states, the singer said.

"We have to take care of veterans, particularly friends who spent so much time recovering from a wound that would absolutely take us out," he told the hosts.