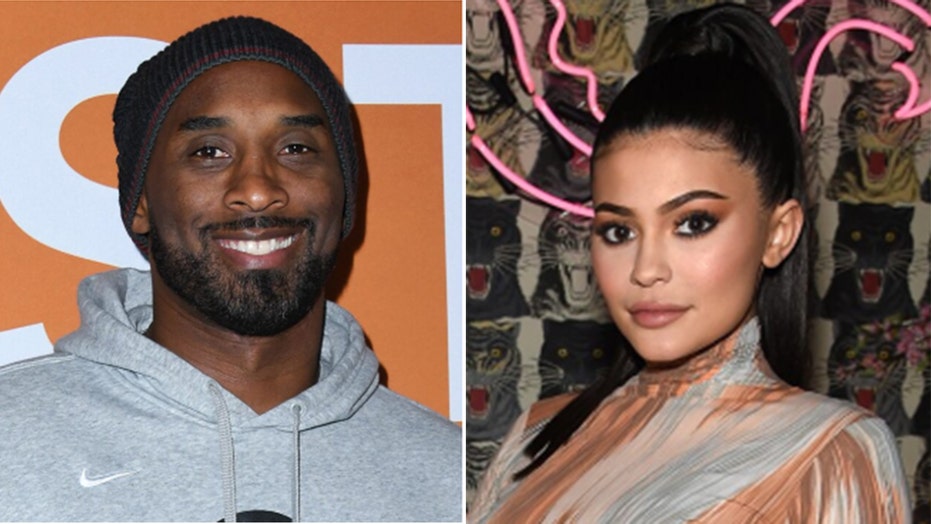 Kylie Jenner used to fly in the same helicopter that Kobe Bryant chartered, and with the same pilot who was killed during Sunday's tragic crash.

The makeup mogul, 22, took to her Instagram Story one day after the devastating accident to reveal her personal ties to the aircraft and the pilot on board.

Los Angeles Laker Kobe Bryant and his daughter Gianna watch during the U.S. national championships swimming meet in Irvine, Calif. Bryant, the 18-time NBA All-Star who won five championships and became one of the greatest basketball players of his generation during a 20-year career with the Los Angeles Lakers, died in a helicopter crash Sunday, Jan. 26, 2020. Gianna also died in the crash. She was 13.  (AP Photo/Chris Carlson)

"rest in peace..and prayers to these families. i still can't believe this. that was the helicopter i would fly on from time to time with that pilot, Ara," she said while sharing photos of all nine victims. he was such a nice man. hold your loved ones close."

According to reports, the "Keeping Up with the Kardashians" reality star also rented the same chopper for her niece Dream's third birthday in November.

Hours after the news of Bryant's death broke on Sunday, Jenner also shared a photo of the NBA superstar and his daughter, Gianna, 13, who was also a victim.

"at loss for words right now. praying for this beautiful family," she captioned the touching post.

After the news broke, dozens of fans wearing Bryant jerseys began lining up near where police had closed off the road leading to the crash as they anxiously awaited for information from authorities.

Stars continue to take to their social media accounts to pay tribute to the basketball legend and the rest of the victims. Kanye West held a Sunday night church service in honor of Bryant, and hours after his death was confirmed, the 2020 Grammy Awards opened with a tribute to Bryant.