Kylie Jenner skipped out on attending the 71st Emmy Awards with sisters Kim Kardashian and Kendall Jenner because she was at home recovering from an illness.

While details of the billionaire entrepreneur’s condition were scarce, we now have a better picture of how intense Jenner’s sickness actually was.

TRAVIS SCOTT TO KYLIE JENNER: ‘LET’S F--- AROUND AND HAVE ANOTHER BABY’

The reality star, 22, checked herself into an L.A.-area hospital this week after she experienced severe flu-like symptoms, TMZ reported Wednesday. 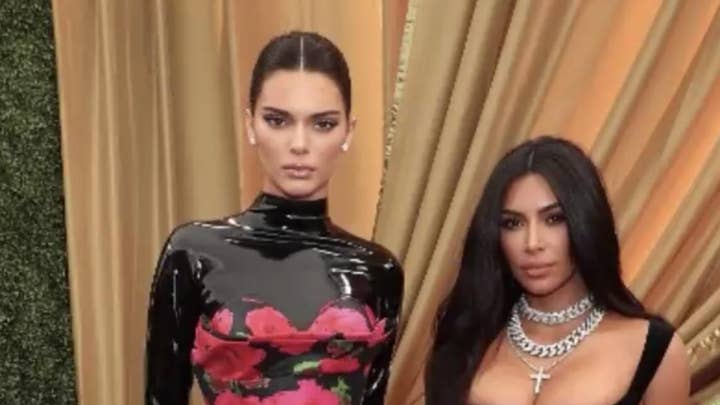 The mother of one’s nausea and dizziness is said to be part of her reason for admitting herself into the hospital and the gossip site reported Jenner’s mastermind mother, Kris, is currently out of the country on business – though an insider told the outlet Caitlyn Jenner has been on-site checking in on their daughter.

Jenner was also slated to appear at Paris Fashion Week for the Balmain show and the launch of a makeup collaboration. She apologized to her fans in a tweet on Wednesday.

"Hi guys! So as you know, I was getting ready to go to Paris for the Balmain show at Paris Fashion Week for the launch of my makeup collab with Olivier. Unfortunately I'm really sick and unable to travel," Jenner wrote. "I'm heartbroken to be missing this show, but I know that my amazing team, and my friends who are in town for the event, will help me be there in spirit."

The statement continued: "Creating this collection with Olivier has been a dream. Of course this collection isn't just for the runway.. I created this so that you could have a piece of this once in a lifetime event. I'm so proud of this collection, and our friendship, vision and creativity really comes across in the products we created for you guys. Make sure you guys watch the show with me on Friday. It's going to be an epic event and I can't wait. I love you Olivier, congratulations, and I'm sending you all my love!!"

Jenner and her boyfriend, Travis Scott, 28, recently toted their daughter Stormi in their arms at the red carpet premiere for the rapper's new Netflix documentary, "Travis Scott: Look Mom I Can Fly."

The family affair marked the 18-month-old's red carpet debut and she appeared to be enjoying the spotlight.

The couple, who welcomed Stormi in February 2018, also posed for photos sans their daughter.

Scott's documentary gives fans a glimpse into his life on tour as well as his home life with Jenner and Stormi. The trailer reveals that Jenner's pregnancy and Stormi's birth is a focus of the documentary.

Earlier this month, the social media maven teased her upcoming spread in the iconic Playboy magazine with an NSFW photo – wearing only a cowboy hat – alongside Scott.

"When Houston meets LA..." she captioned the image on social media, referencing both her and Scott's hometowns.

The handle for Playboy also shared a few images from the famous couple's photoshoot for the Fall 2019 Pleasure Issue.