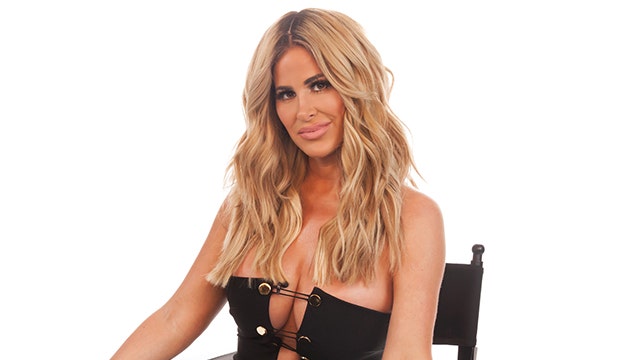 The mother of six posted a sultry snap on Sunday, sporting only her birthday suit and a giant, floppy brown hat.

In the photo, Zolciak-Biermann is sitting on the tile floor with her arms and legs crossed, sporting pink nail polish and a large hat that completely covers her face.

As of Tuesday morning, nearly 110,000 people have liked Zolciak-Biermann's steamy post. While many praised the 40-year-old for "slaying" the pose and showing off her sense of humor in the caption, others took aim at the former "Real Housewives of Atlanta" star's tan skin tone.

"There’s no way this is Kim. And if it is she went crazy with the tan. That’s very close to my skin tone and if it isn’t obvious I’m not white...," one fan commented.

"Ummmmm, is this really Kim, cause if so, why does she look so dark?" another asked, in part.

"How many filters are on this??? Because ain't no way..." a skeptical user chimed in.

Some then questioned if Zolciak-Biermann used Photoshop to achieve the Instagram-worthy picture, claiming she looked drastically different from how she appeared on “Watch What Happens Live with Andy Cohen" roughly a week prior.

"Did....did she Facetune and 'smooth' her feet?" one user questioned.

"What is wrong with the color of her feet?" a woman asked.

Eventually, the reality TV star had enough, firing back at a critic that asked if "that much tanning" is healthy.

"Girl cut the s--t I’ve been at the beach less than 24hrs just wait til next weekend," Zolciak-Biermann fired back before flooding her account with bikini snaps.

In February, Zolciak-Biermann opened up to Fox News about her "awesome ride" with Bravo.

"It’s a blessing. I’m very thankful for all these years. I can’t imagine doing anything else," she told Fox News, adding that — aside from money and footage — she gained "a lot of growth."