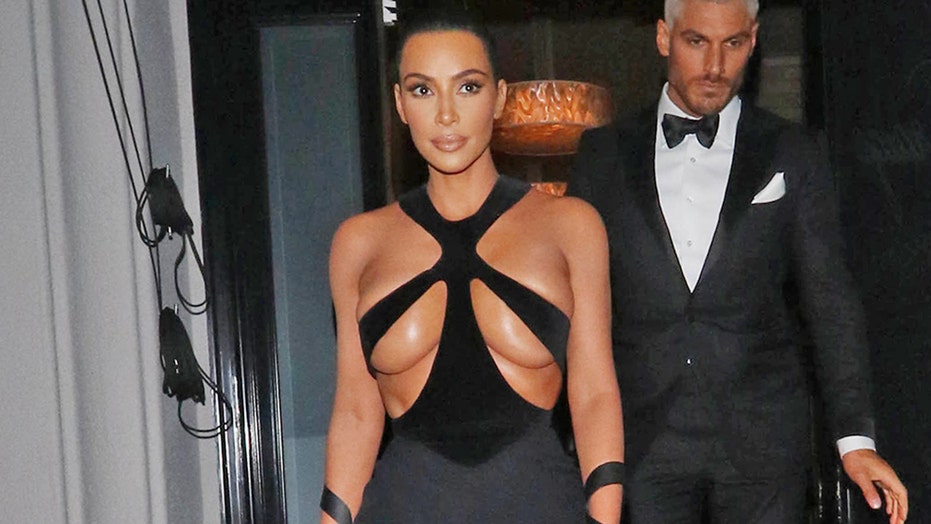 In a recent episode of ‘The Wendy Williams Show,’ the host took aim at Kim Kardashian West over Twitter posts directed at fast-food restaurant Jack in the Box.

Kim Kardashian narrowly escaped becoming a snack on the beach after a run-in with a pack of feral pigs in the Bahamas.

The social media maven posted a brief video to her Twitter page on Tuesday that showed her gingerly walking on a Bahamian island popularly known as Pig Beach due to the colony of wild pigs that live there.

The beach was infamously one of the filming locations for Billy McFarland’s star-studded Fyre Festival promotional video, where gorgeous models were seen swimming with the pigs.

Kardashian shared the video while vacationing with sister Khloe and close friend La La Anthony, along with all of their children.

The 39-year-old Kardashian, sporting a tie-dye wetsuit top and nude bikini bottoms, kept a safe distance as the pigs meandered in and out of the water.

TAYLOR SWIFT REHASHES KIM KARDASHIAN FEUD: 'I NEEDED TO MAKE MUSIC ABOUT IT'

“No, no, no! Piggy there, piggy there!” Kardashian squeaked as she directed the pigs away from her.  A separate voice in the background can be heard telling the mother of three: “They won’t do anything.”

Seemingly unconvinced, the “Keeping Up with the Kardashians” star replied, "I know, but I saw something on the news," possibly referencing a video of Venezuelan model Michelle Lewin being bitten in the butt by a pig while she gallivanted on the same beach.

Kardashian also indicated she was “scared” in a message shared to her Instagram followers, while Khloe showed she wasn’t afraid of a little pig-in-the-water action as she posed carrying 16-month-old daughter True in matching leopard-print swimsuits.

“True is still processing how she feels about the pigs 🐷,” Khloé captioned her photos taken at the tranquil hot spot. “I think the other pigs are still sleeping. It’s early.”