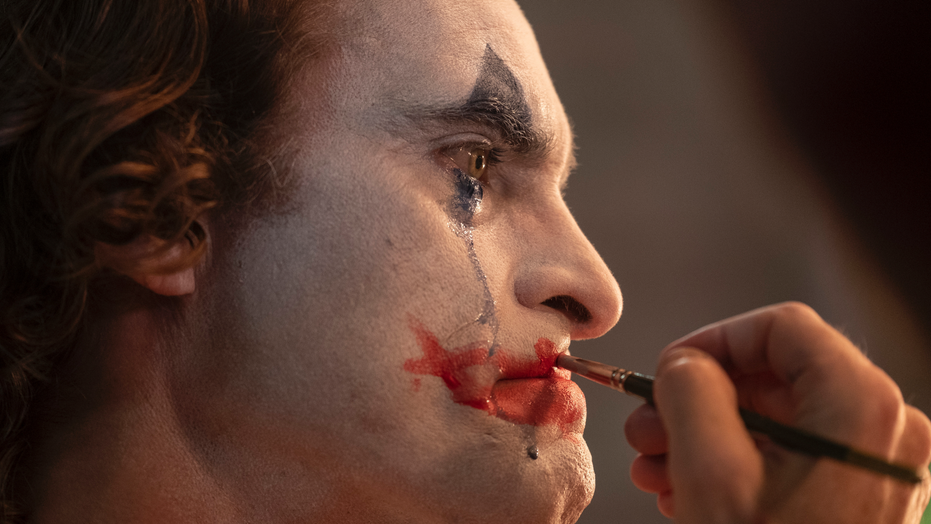 "Joker" is not intended for kids and is a Rated R film "for good reason," an Alamo Drafthouse theater in Texas said in a rare warning on Tuesday.

"It's a gritty, dark and realistic, Taxi Driver-esque depiction of one man's descent into madness," the theater said.

"It's not for kids, and they won't like it, anyway," the San Antonio location stressed, adding: "There's no Batman."

The Alamo Drafthouse San Antonio issued a parental warning about "Joker," which has since been deleted.

An Alamo representative confirmed the warning to Entertainment Weekly on Wednesday.

However, the theater deleted its social media warning about bringing children to "Joker," as of Wednesday afternoon.

The movie, offering a gritty backstory for Gotham City's most formidable criminal, will be released nationwide on Friday. It received backlash after some critics have said its main character, played by Joaquin Phoenix, will incite acts of violence. Phoenix has been highly praised for his portrayal of the Joker.

The movie theater where the Aurora, Colo., mass shooting took place has already said it will not show the film.

A man shot and killed 12 people and injured several others at the theater in 2012 during "The Dark Knight Rises," the third in a trilogy of gritty Batman films directed by Christopher Nolan.

ARMY WANRS SOLDIERS TO BE READY FOR POTENTIAL VIOLENCE BY INCELS AT 'JOKER' SCREENINGS: REPORTS

Army commanders have reportedly warned soldiers of potential violence at "Joker" showings, advising soldiers to “identify two escape routes” and “run, hide, fight" in the event of a shooting.

The FBI uncovered posts from so-called "incels," which sparked the Army's Sept. 18 memo, Gizmodo reported. Incels, mostly male, consider themselves part of a subculture that identifies as involuntarily celibate.

'JOKER' STAR JOAQUIN PHOENIX, DIRECTOR TODD PHILLIPS: 'YOU CAN'T BLAME MOVIES FOR A WORLD THAT IS SO F--KED UP'

"Joker" director Todd Phillips, 48, pushed back on critics who lambast the film's portrayal of violence, telling Vanity Fair: "You can’t blame movies for a world that is so f--ked up that anything can trigger it."

“That’s kind of what the movie is about," he said. "It’s not a call to action. If anything it’s a call to self-reflection to society."

Phoenix, 44, has said he "didn’t imagine that it would be smooth sailing."

“It’s a difficult film. In some ways, it’s good that people are having a strong reaction to it," he said.

"Joker" director Todd Phillips, left, and actor Joaquin Phoenix at the screening for the movie at a central London cinema on Wednesday, Sept. 25. (Photo by Joel C Ryan/Invision/AP)

The Motion Picture Association of America (MPAA) defines a Rated R, or restricted, movie as one where children under 17 must be accompanied by a parent due to adult material.

Movies that are restricted to those are under 17 years of age are labeled NC-17, according to the MPAA.