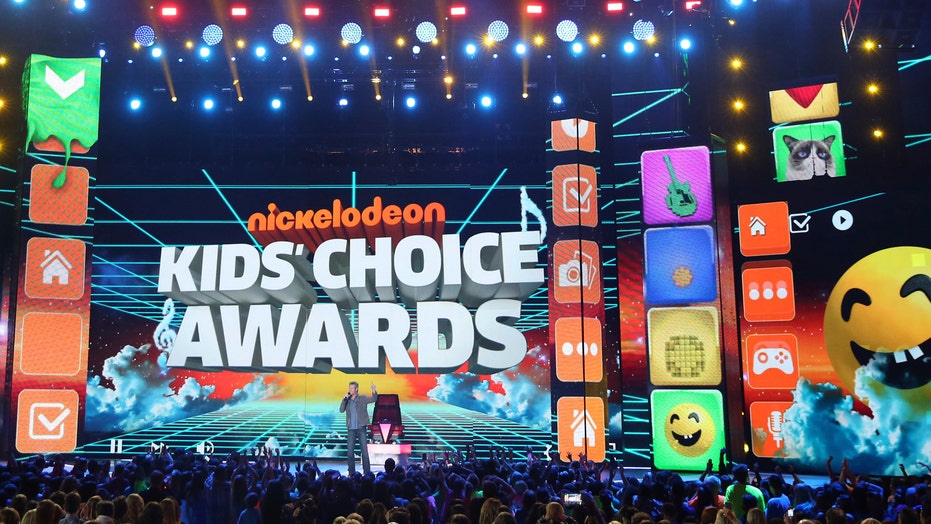 This year's Kids' Choice Awards is set to go remote -- and will be bringing the slime from home.

Nickelodeon's annual show, along with its signature green slime it pours on celebrities, is now airing on May 2.

On Friday, the kids' channel announced that the rebooted virtual ceremony, whose original March 29 date was postponed by the coronavirus pandemic, will be known as “Nickelodeon’s Kids’ Choice Awards 2020: Celebrate Together.”

It will be hosted by Victoria Justice, who previously starred on the channel's shows “Zoey 101” and “Victorious.”

In addition, celebs appearing from isolation -- and possibly getting doused in slime -- include Dwayne Johnson, Ariana Grande, Kristen Bell, Josh Gad, Camila Cabello, Millie Bobby Brown, Ellen DeGeneres, BTS and most of the major cast members of the “Avengers” films.

They'll be among those presenting and receiving the show's orange blimp statuettes.

In this March 23, 2019 file photo, Chris Pratt reacts after getting slimed as he accepts the award for favorite butt-kicker for 'Jurassic World: Fallen Kingdom' at the Nickelodeon Kids' Choice Award in Los Angeles.  (Chris Pizzello/Invision/AP, File)

Organizers say the show “will reveal the winners through some of the most creative orange-blimp acceptances in KCA [Kids' Choice Awards] history.”

LeBron James will receive the show's Generation Change Award for commitment to education.