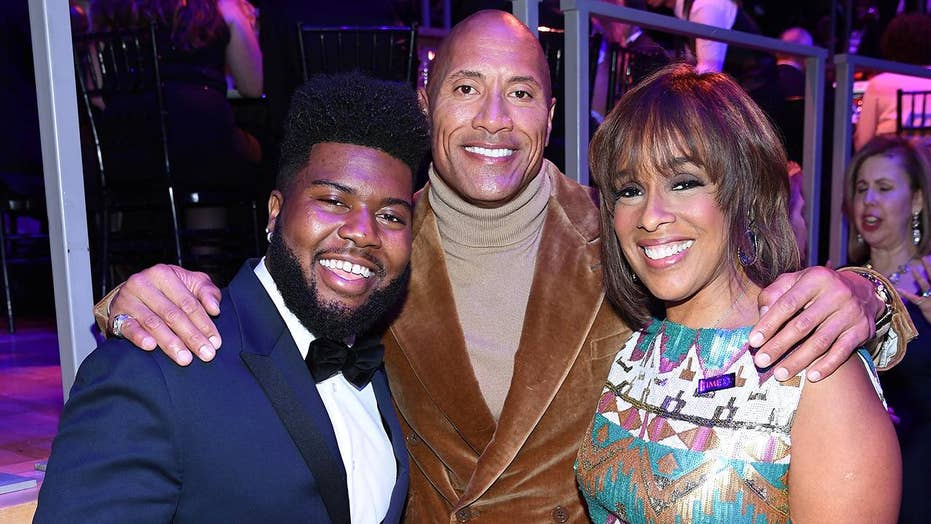 Khalid, the 21-year-old singer-songwriter, was named as one of Time Magazine's 100 most influential people in the world.

NEW YORK – Singer-songwriter Khalid is just 21 years old and deeply humbled to be named one of Time magazine's most influential people.

The Grammy-nominated artist made the list along with the likes of Taylor Swift, Nancy Pelosi and Gayle King. Fellow musician and Grammy-winner Alicia Keys wrote his tribute and called Khalid a "beautiful writer" who possesses a “full, powerful voice that is somehow unassuming and smooth at the same time.”

"This is so crazy," he told Fox News on the red carpet at the Time 100 gala at Lincoln Center in New York City. "I'm never going to take off my pin."

"I'm gonna take good care of this," he continued. "This pin has so much power. It makes me feel so good."

Khalid was pulling double duty last night as a performer as well as being an honoree, but he was most looking forward to the possibility of meeting one of his idols: Dwayne 'The Rock' Johnson.

"I'm a huge wrestling fan," he admitted. "I grew up with him [and] he's always been like a superhero."

But someone the "Location" singer would turn to for career advice would be Grammy winner and platinum record selling rapper Drake. The two have met a few times before and Khalid said Drake has impressed him with his wealth of knowledge from his time in the industry and navigating tricky situations.

"He's really stayed and remained himself through the process," Khalid said.

The "Talk" singer also isn't afraid to take chances in his career despite hearing 'no' frequently.

He's collaborated with fellow singers Normani, Billie Eilish and Shawn Mendes and says he trusts his gut instinct when it comes to making big career moves, like releasing his song "Better" earlier rather than later, which turned out to become his first solo Top 10 hit on the Billboard Hot 100 list in 2018.