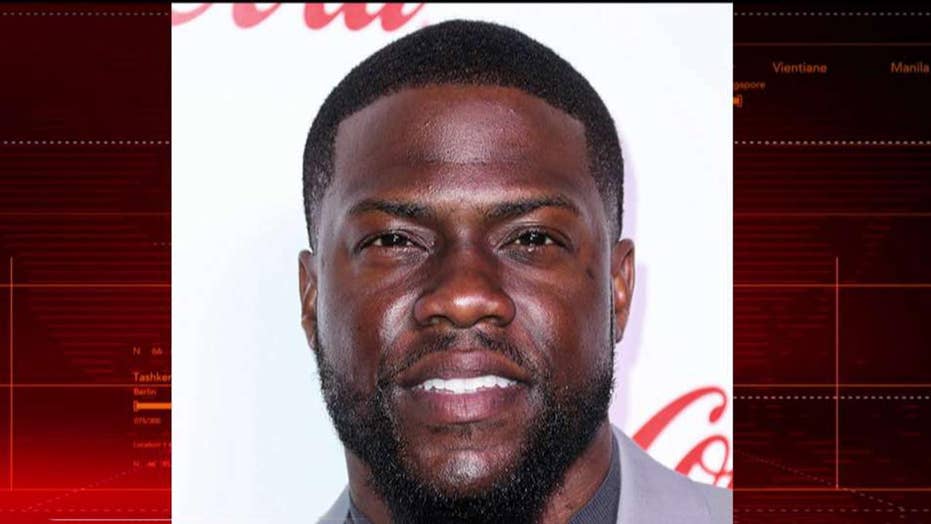 Kevin Hart has reportedly returned to work after being injured in a life-threatening car accident just weeks ago.

According to multiple reports, the 40-year-old star returned to work on Monday in order to promote his upcoming film, “Jumanji: The Next Level,” due in theaters on Dec. 13. However, he’s reportedly taking things slow given he’s not 100 percent healed.

Reps for Hart did not immediately respond to Fox News’ request for comment.

KEVIN HART AND PASSENGERS IN CAR CRASH ARE LAWYERING UP: REPORTS

According to TMZ, Hart is working hard to fulfill his duties as best he can. He spent Monday and Tuesday doing shoots, but while his co-stars put in a full day, Hart was there for only two hours because of his injuries. He is said to be staying off his feet as much as possible given his back injury and not dressing in full costume for the shoots.

Kevin Hart reportedly returned to work despite not being fully healed from his recent car accident.  (Photo by Chris Pizzello/Invision/AP, File)

Police sources told TMZ that a Plymouth Barracuda belonging to Hart veered off the road on the Mulholland Highway in the Malibu Hills. Hart and the driver of the vehicle, Jared Black, suffered "major back injuries," per a California Highway Patrol collision report.

According to TMZ, Hart fractured his spine in three places and he had to have a spinal fusion procedure. A female passenger, Rebecca Broxterman, was unhurt, the site reported.

The vehicle ended up in a ditch about 10 feet off the side of the winding road after it smashed through a wooden fence. The roof of the Barracuda was almost completely crushed in the crash.

TMZ reported that the driver was not drinking.