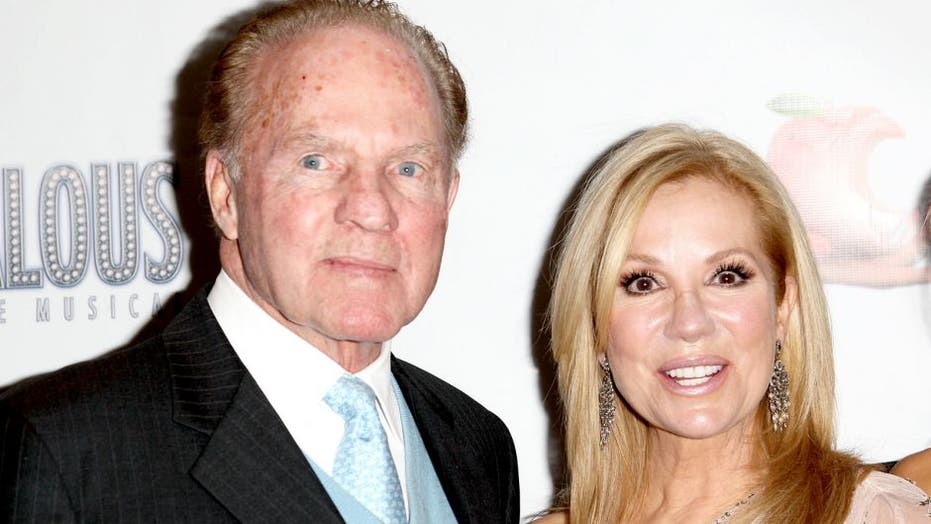 Kathie Lee Gifford has a lot to be thankful for as the calendar approaches Thanksgiving.

The 66-year-old stopped by the "3rd Hour of Today” on Friday, while the show was filming near her new hometown in Nashville, and Gifford couldn’t help but share her excitement about both of her kids getting engaged in the same year.

“The good news is I adore both of their partners,” Gifford gushed of her soon-to-be in-laws.

The proud mother went on to say that she knows her late husband, NFL icon Frank Gifford -- who died in August 2015 at age 84 -- is sharing the same excitement as he smiles down on his children, daughter Cassidy and son Cody.

"It’s a new season, and I know Frank is smiling,” she said. “He might have even had a little something to do with it.”

The former “Today” show host took to Instagram on Sunday to announce Cassidy’s engagement to Ben Wierda and noted she was “beyond the moon and stars.”

“So thrilled to announce that my beautiful daughter, @cassidygiff is engaged to a wonderful man, Ben @letsgetwierda I am beyond the moon and stars,” Gifford wrote.

KATHIE LEE GIFFORD'S 'TODAY' SHOW DEPARTURE SHOCKS FANS: 'IT'S NOT GOING TO BE THE SAME'

“Thank you, LORD!” she continued.

When asked if she’d be singing at her kids’ weddings, Gifford quipped: “They don't want me to sing. Nobody wants me to sing.”

As for becoming a Nashville native, the newly-minted local continued to rave about the place she now calls home in her semi-retirement.

“I just love it here. It's a place of joy for me,” she explained. “The culture has gotten kind of dark a lot of places in the country and every time I was working on a movie here, and all the music here, and every time I’d get on the plane to go back home, I’d say, why am I so happy here, and I realized it's because it's a culture of kindness here…I felt loved here and received and respected.”