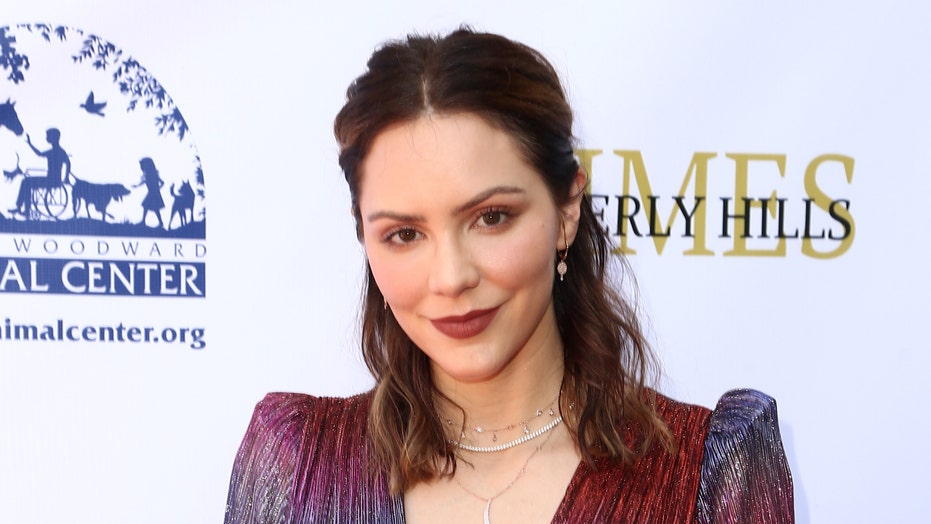 Katharine McPhee and Kim Kardashian are on friendly terms, but the singer couldn't resist taking a little swipe at the Skims founder.

She captioned the image, "David posted this while playing games on my phone. Not sure why or how he chose it but I’m not complaining," which is nearly verbatim to what Kardashian, 38, wrote in 2015 for one of her highly liked posts.

KATHARINE MCPHEE PARTIES IN MYKONOS AHEAD OF DAVID FOSTER WEDDING

Back then, Kardashian got slack on Instagram for uploading a throwback bikini image when she insisted her daughter, North, posted the sexy snap.

"North posted this while playing games on my phone. Not sure why or how she chose it but I'm not complaining! LOL I deleted it so now reposting it myself!" the reality TV star wrote.

Her followers were skeptical that the little girl — who was almost three at the time — would manage to do that. Either way, McPhee was either inspired by Kardashian's excuse to pose a sultry snap or poking fun at her for blaming her young daughter.

McPhee is currently on vacation in the Maldives with her husband, musician and producer David Foster, 69. They married in June in London.

Foster proposed to his bride in June 2018 with a huge emerald diamond ring while the couple was on vacation in Italy. The couple met in 2006 when McPhee was a contestant on Season 5 of "American Idol" and Foster was a mentor on the singing competition series.

"We genuinely love and respect each other and have for a very long time,” McPhee told People.

McPhee was previously married to Nick Cokas from 2008 to 2016. Foster has been married four times before, with his last marriage--to Yolanda Hadid--ending in 2017. He has five daughters and seven grandchildren.