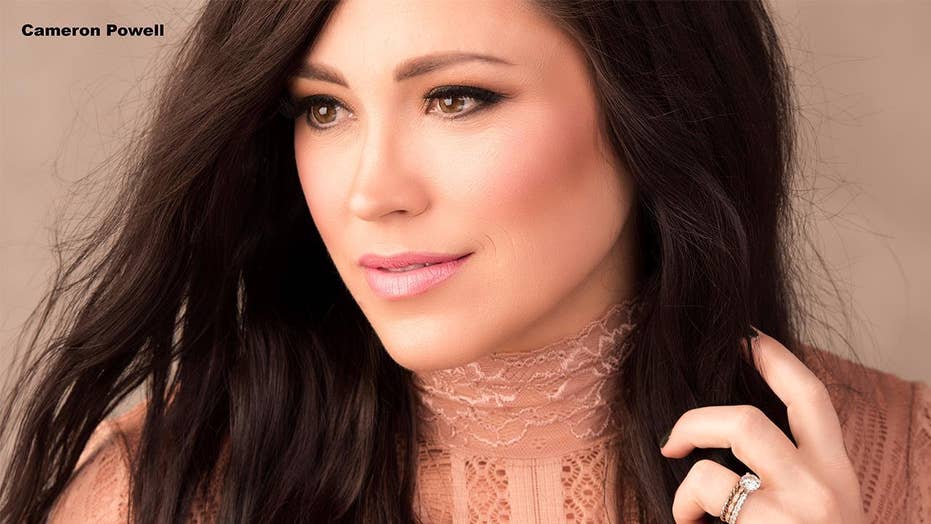 Kari Jobe: Jesus is 'the answer' to healing the nation

Jobe, a Christian worship leader, was on tour with other worship artists last year when she had a dream about healing the nation.

“Jesus really is the answer,” she said. “I know people say that a lot, but it really is the truth. And the simplicity of the cross. Sometimes people try to make it so complex or that it’s about these rules and regulations, but it’s not. It’s about a relationship with Jesus.”

The singer-songwriter known for “Forever” and “I Am Not Alone” has been singing on a yearlong tour, leading worship in cities across the United States.

Jobe talked with Fox News about her song “Heal Our Land” before stepping onstage at the Playstation Theater in the heart of Times Square.

“I had this dream on the tour that it was raining inside this church,” she said.

“It was just like a pure water all over the floor of this church that was just like washing the floor, but it was like pure and clean. It wasn’t murky and dirty like you would imagine,” she said.

“When I woke up, it just felt prophetic,” Jobe said, adding the dream felt very intentional from the Lord and it was only confirmed after she discussed it with other worship leaders at the time.

“It just felt like God was trying to say, as a reminder, that he wants to come back for a pure and spotless bride,” she said referring to Jesus’ relationship with the church in the New Testament. “It’s his heart to come back for us, but we’re not there yet.”

“I told her I wanted to write something that has to do with the church, the bride of Christ getting back to where we need to be. You know, like, what’s going on in the world around us – what could we be praying, what could the church be singing that would really help.”

The song’s bridge is based on the scripture from 2 Chronicles 7:14, a verse that has been invoked by many Christian leaders for national prayer gatherings and other revival events.

The verse reads, “If my people who are called by my name will humble themselves, and pray and seek my face, and turn from their wicked ways, then I will hear from heaven, and will forgive their sin and heal their land.”

Jobe said, "The rest of the song is really just a prayer for the church to be singing, to have a pure heart, to be unified, not to be divided, not be against anything but only for what God wants us to be doing,” she said.

She said the response has been really powerful.

“I feel like when we go into it every night, people just sing it at the top of their lungs,” the worship leader said. “I think it’s just one of those songs that people just connect to because there are so many unknowns right now, and so much fear people are dealing with, and with what’s going on in our nation.”

Ultimately, Jobe believes our land can only be healed by God and she hopes to continue to bring more people into a deeper relationship with Christ through her music and through the rest of The Garden Tour, which ends in December.

“What’s really special is this tour has been almost like we’re bringing buckets of water to people, and just helping them feel refreshed, and feel like, ‘Oh, yeah, I don’t have to do this by myself, but God is for me,’ and that they’re being reminded of the power of faith and the power of prayer,” she said.

“That God is moved by faith. So a song like ‘Heal Our Land,’ and declaring these things of God we pray, we humble ourselves, we seek your face. God said that if we would do that, He would heal our land, and I think they’re experiencing that on these nights of worship.”