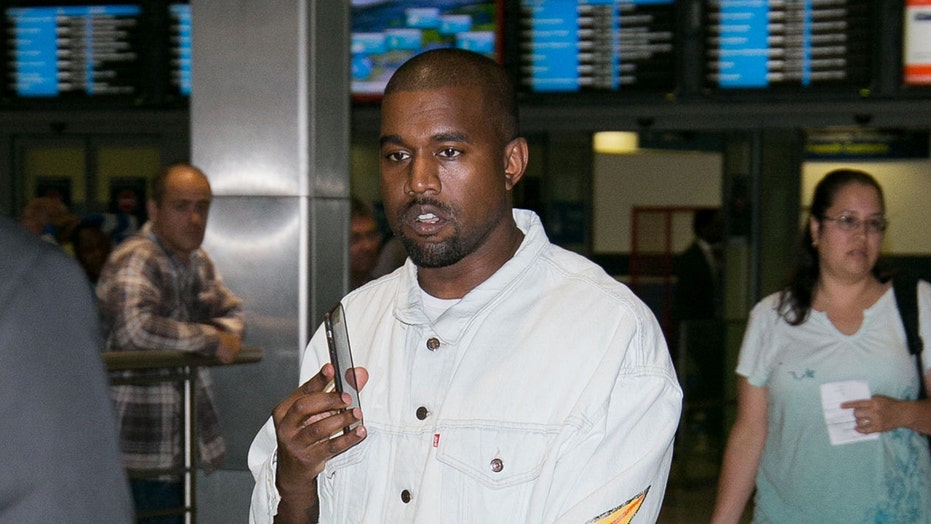 The "Jesus Is King" singer, along with 100 members from his choir, performed songs from his new album and answered questions about his "born-again" conversion to Christianity in "Airpool Karaoke" with James Corden on "The Late Late Show."

"God's always had a plan for me," West said, adding that he believes he went through years of struggle, debt, and a mental breakdown on a public stage, "so now when I talk about Jesus saved me, more people can relate to that experience."

West said that when he infamously ran on stage at the 2009 MTV Awards holding a Hennesy bottle, "there's a lot of people that was praying for me," adding, "I actually made it this far not listening to anybody, but it's God that said, 'Are you ready to be of service to Him."

The "Yeezy" shoe creator said his marriage to the "Keeping Up with Kardashians" star is "heavenly." He also shared that when his four kids are in bed and his wife, Kim Kardashian, is watching "Dateline," he reads the Bible daily before going to sleep.

Following the release of his new gospel-rap album and a year of Sunday Service events, Corden asked, "So you think your spiritual awakening is...?"

"Part of my success," West answered. "Absolutely. He's showing off...Now I get to work for God and he's showing out. Kanye West works for God!"

Complex projects West will reclaim his throne at the top of the charts with the debut of his ninth album, which dropped Friday.