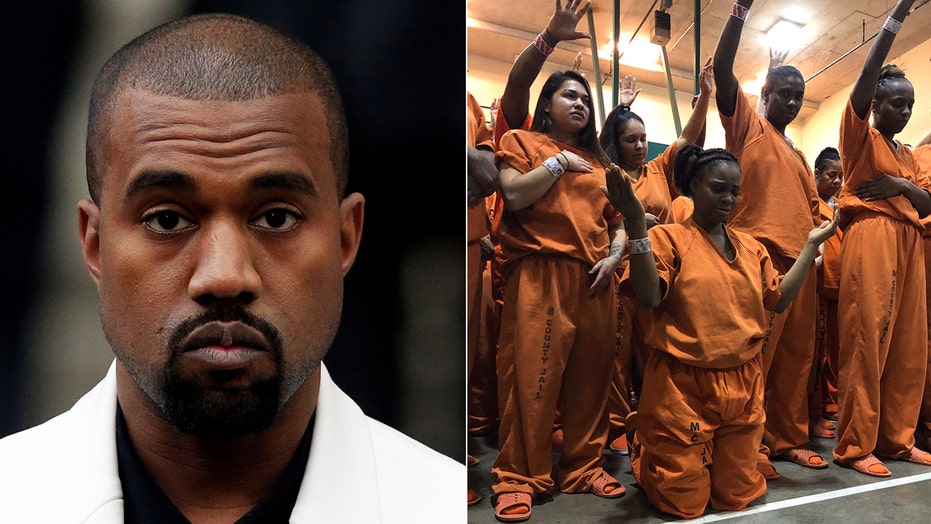 The music superstar performed and provided some motivational words to the inmates, reportedly telling them, "This is a mission, not a show" per Sheriff Ed Gonzalez, who tweeted about the visit.


"On this date, @kanyewest visits @HCSOTexas jail system. 'This is a mission, not a show'- Kanye,'" he wrote.

In a show kept secret from the public, the star rapper-turned-gospel singer performed songs Friday from his new gospel album, “Jesus is King.”

Jason Spencer, the public affairs director for the Harris County Sheriff's Office, tweeted: "Say what you want about the man. But @kanyewest and his choir brought some light to people who needed it today at the Harris County Jail."

The Friday concerts were performed two days before West is to speak at Joel Osteen’s vast Lakewood Church in Houston. He was invited by Olsteen a few weeks after his album dropped.

The events were reminiscent of prison concerts given by country singer Johnny Cash in California.