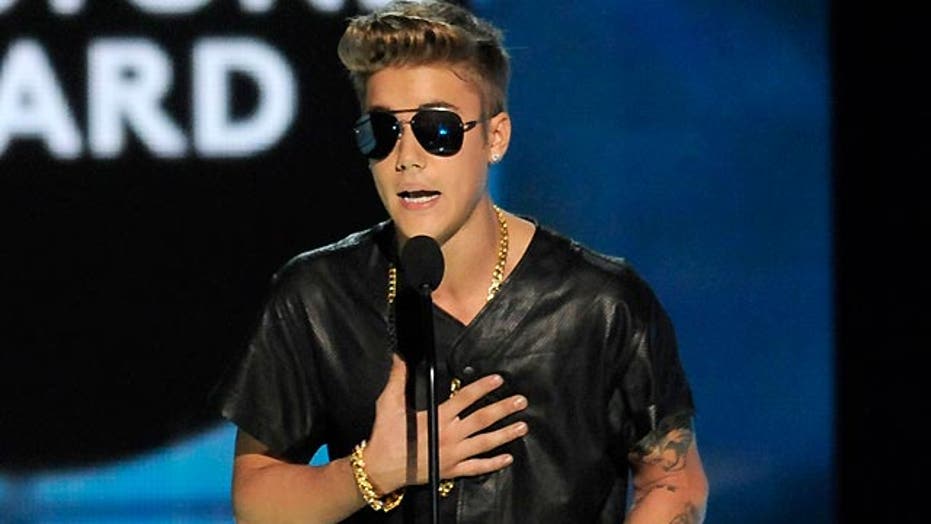 At about 8 p.m. Monday, Bieber allegedly drove his white Ferrari at freeway speeds in what is a 25 mph zone, Sheriff's spokesman Steve Whitmore said.

Johnson was outside with his 3-year-old daughter who was preparing to get into a small electric car when Bieber zoomed by. Johnson was upset and got into his Prius, following Bieber to his nearby home. As the garage door was closing, Johnson put out his arm and stopped it, telling Bieber he wanted to talk about his reckless driving.

Whitmore said Bieber scurried into his home without speaking.

The Los Angeles County Sheriff's Department received two calls and responded to the location. When they tried to talk to Bieber, however, they were also turned away.

"His security detail said he declined to talk to us based on the advice of counsel," Whitmore said.

Deputies interviewed two witnesses, including Johnson, and wrote up their report. They handed that off to detectives who are continuing to investigate the incident.

"Their eyewitness testimony to our deputies was definitive — not only the speed, not only the vehicle, but Mr. Bieber was sitting and driving in the driver's side seat," Whitmore said.

Deputies plan to send a reckless driving report to the Los Angeles County District Attorney's Office to consider filing misdemeanor charges in the next week or two.

Bieber's publicist did not immediately return a call for comment. Johnson declined to comment via ESPN, where he now works as a TV commentator.

Prosecutors are also looking at whether to charge Bieber for battery in a separate incident involving a neighbor, who complained the pop-star attacked and threatened him.

"We take this very seriously and if this actually did occur, which it appears that it did, it is unacceptable behavior from anybody, anywhere, anytime," Whitmore said.