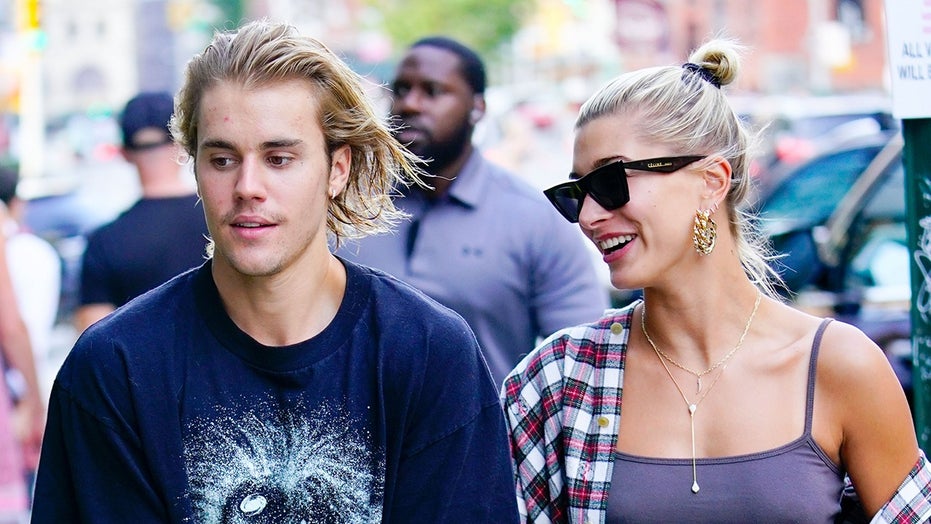 Stars came together in droves on Monday to witness the nuptials of Justin Bieber and Hailey Baldwin.

This time, Bieber, 25, and Baldwin, 22, made it Internet-official by sharing snaps from their first kiss in the photo booth after they'd tied the knot.

“My bride is [fire] 🔥,” he captioned the images with a fire emoji.

The dynamic performer and his model bride rented out the entire grounds of the Montage Palmetto Bluff resort in Bluffton, S.C. for their ceremony at Somerset Chapel on Monday. It was a who’s who of celebrity guests and other key figures in their lives. Like the pop superstar’s longtime manager, Scooter Braun, and the couple’s pastor, Carl Lentz, and his wife, Laura.

Kris Jenner made the trip with her boyfriend, Corey Gamble, in tow. Jaden Smith, along with Dan Smyers of the country duo Dan & Shay, his wife, Abby, and former Disney standout Kyle Massey were also in attendance.

With high fashion being on the radar of so many at the private affair, it’s no surprise the belle of the ball herself, Hailey Baldwin, elected to make a statement with her black leather bomber jacket. The word “Wife” was bedazzled on the back.

The diamond-studded look was a stark contrast to the off-the-shoulder gown the bride donned as she told Bieber “I do” for the second time. (The two exchanged Tiffany & Co. rings, according to People.)

And the fashion statements didn’t stop there. While Baldwin held down her post in a white number, close pal Kylie Jenner arrived in a revealing gold dress, complete with shimmers and a high slit. The billionaire entrepreneur showcased the single-shoulder garment, sharing photos of herself draped in the flowy ensemble.

Kendall Jenner, trying hard not to be upstaged by her younger sister, made her entrance in a full-length gold and black zebra-print velour option with sheer black accents. She would complete the look with a handsome date and a diamond-studded hand clutch.

“We don’t date he’s just my date,” Jenner would caption the mirror selfie.

The outlet reported Tuesday that the “Saturday Night Live” mainstay, 61, and his wife, Hilaria, 35, were in New York City as his niece was tying the knot with the “What Do You Mean?” crooner, adding that the couple, who recently announced they’re expecting their fifth child, had spent time in the Hamptons over the weekend.