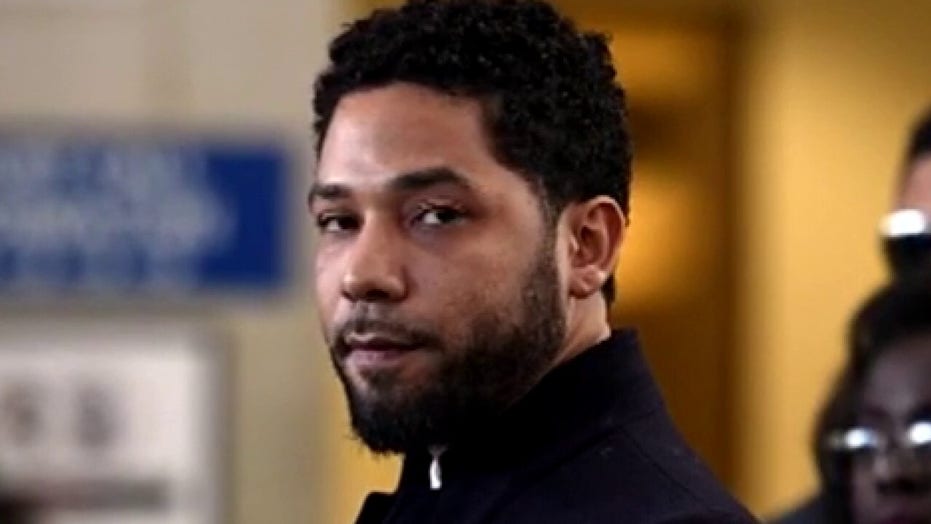 Jussie Smollett pleaded not guilty Monday to renewed charges accusing him of staging a racist, homophobic attack against himself last year in Chicago.

The former "Empire" actor appeared in court Monday on new charges alleging that he lied to police about being the victim of an attack in Chicago last year.

A somber-looking Smollett, 37, entered a Cook County courthouse wearing sunglasses and sporting a beard, flanked by his legal teams and surrounded by reporters.

His lawyer, Tina Glandian, entered the not guilty pleas on his behalf to six counts of felony disorderly conduct. She also told Judge James B. Linn that she has asked the Illinois Supreme Court to halt the case.

The former "Empire" actor, 37, previously pleaded not guilty to 16 counts of the charge in the same courthouse last year, just weeks before the Cook County State's Attorney Kim Foxx's office abruptly announced it was dismissing the case, angering police and City Hall.

Special Prosecutor Dan Webb, a former U.S. attorney who was appointed to examine the state's attorney's office's handling of the case, is expected to attend. Foxx's office is not involved in the new case against Smollett.

Jussie Smollett is facing six new charges against him connected to his alleged hate crime attack in January 2019. (Getty)

Smollett, who has denied police allegations that he staged the attack to get attention and further his career, will first appear before Chief Judge LeRoy Martin Jr., who will tell him which judge will be assigned to preside over the case. Martin could order Smollett to return to court on another day for his first hearing before that judge, but it is more likely that he will simply tell the actor and the attorneys to immediately report to the trial judge.

Defendants typically enter not guilty pleas during initial hearings before the trial judge, who sets bond amounts that defendants must post to secure their release from custody. Attorneys often arrange for defendants to post bond at the clerk's office rather than be taken into custody.

Smollett, who is black and gay, told police that two masked men attacked him as he was walking home in the early hours of Jan. 29, 2019. He said they made racist and homophobic insults, beat him and looped a noose around his neck before fleeing, and that at least one of his attackers was a white man who told him he was in “MAGA country,” a reference to President Donald Trump’s campaign slogan, “Make America Great Again.” 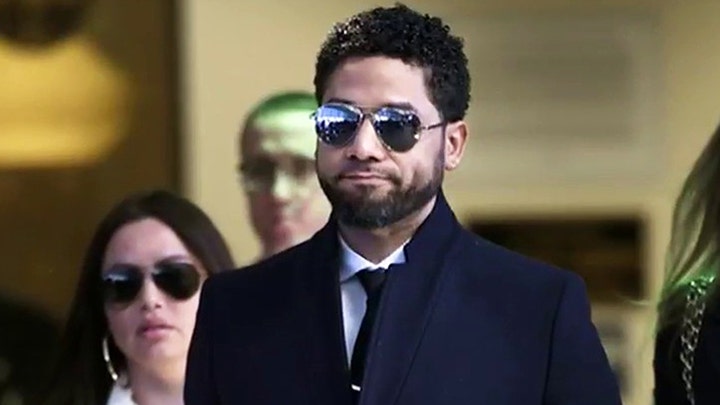 Smollett has maintained his innocence, telling reporters after the charges were dropped last year that, “I would not be my mother's son if I was capable of one drop of what I was accused of.”

His attorney, Tina Glandian, questioned the integrity of special prosecutor's investigation after the new charges were announced this month, pointing out that Webb's probe relied on the same detectives who were part of the original investigation despite pending civil claims that Smollett is pursuing against the city and police for malicious prosecution.

Foxx's handling of the case, meanwhile, has become a key issue in her bid for re-election, with her opponents accusing her of having acted haphazardly and indecisively.