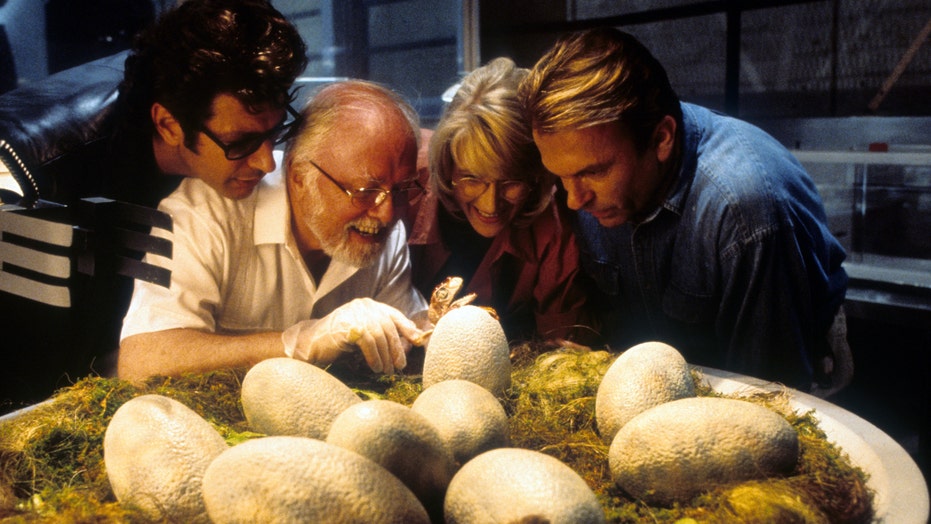 Hollywood Nation: Part 3 of the rebooted dinosaur franchise to hit theaters in June, 2021.

Jeff Goldblum, Laura Dern, and Sam Neill will reprise their "Jurassic Park" roles in the upcoming movie "Jurassic World 3," as confirmed by the film's director and executive producer Colin Trevorrow on Tuesday night.

Their castings were announced at a screening of "Jurassic World" attended by Dern. While Goldblum's Ian Malcolm appeared in 2018's "Jurassic World: Fallen Kingdom," Dern and Neill haven't been back with the dinosaurs since 2001's "Jurassic Park III."

Dern reacted to the news on social media.

“Loved joining my buddy, Colin, to announce the return of the original cast of Jurassic Park back into the Jurassic World,” she wrote.

All first did their roles in the 1993 original "Jurassic Park."