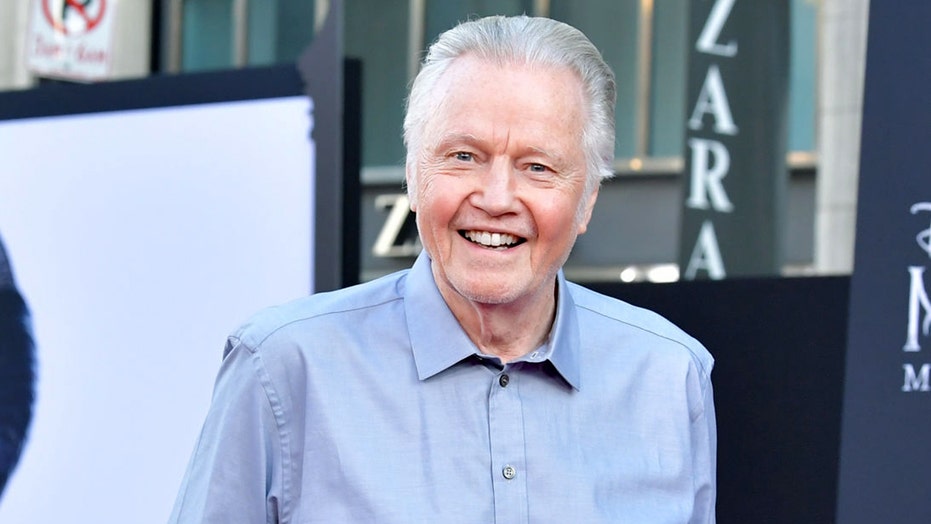 Jon Voight shared a video message on Twitter heaping praise on President Trump for his handling of the coronavirus pandemic.

The actor appeared in a video posted to his Twitter on Monday titled "A Message of Hope," in which he looks directly to the camera and delivers what appears to be a prayer. He showers Trump with compliments, specifically for how he’s leading the country through the unprecedented COVID-19 situation, despite his celebrity cohorts mostly criticizing the president’s actions.

“We see President Trump as a magnificent soul, raising up this nation. For he loves his country, his neighbors thy people, Lord. He is a true patriot who has fought single-handed and knocked each poisoner down with his gifted tongue of truths and his true concern of everyone, every citizen,” Voight begins his minute-and-a-half speech. “This is a man of great integrity, this is a man who held his head high, this is a man who took on evil and brought us to light.”

The 81-year-old Academy Award winner goes on to seemingly agree with an assertion Trump made about himself in March in which he called himself a “wartime president” for having to deal with the COVID-19 pandemic.

“This is a man, a president, who guided his nation and his people on a path to greatness. This man, President Trump, had to fight a war, a war that was bigger than anything our nation has witnessed in our lifetime, though he shielded us and protected us through it,” Voight added. “This is what a man of great love does. A man that will protect his country till the end with dignity, honor, respect and love.”

The actor concluded his speech about Trump by declaring that he will be remembered fondly in history for the decisions he made for the United States amid the pandemic.

“Yes, he will go down as the historic president of this millennium. He will be etched in stone with a gold medal, a hero and a president of the United States who won the battle. The war of 2020. He is Donald Trump. God Bless,” the star said.

Despite what Voight says about Trump’s legacy and handling of the coronavirus pandemic, many continue to criticize him for his slow response to information about the potential threat posed by COVID-19 and downplaying its severity early on, as it reached the United States. A recent Gallup poll showed that the nation is split on Trump's performance, with his approval rating at 49 percent and 47 percent disapproving of his leadership.

Jon Voight heaped praise on Donald Trump for his response to the COVID-19 pandemic. (Amy Sussman/WireImage)

However, it’s worth noting that the number is an increase in Trump’s popularity from a 43 percent approval rating two weeks ago and a personal best for him with Gallup.

As of Monday afternoon, the novel coronavirus had infected more than 3,559,225 people across 185 countries and territories, resulting in over 249,520 deaths. In the U.S., all 50 states plus the District of Columbia have reported confirmed cases of COVID-19, tallying over 1,171,041 illnesses and at least 68,285 deaths.